When Picnics Are Revolutionary 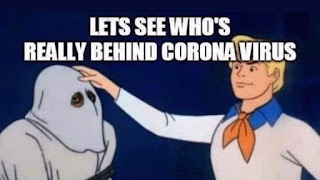 After the radio program ended on Saturday (I host Constitution Radio on AM1490, KMET every Saturday from 1-3 pm) a friend called me who had been planning on calling into the show from a massive rally.  He arrived, began to mingle, had some food, and found out the county sheriff had no intention on breaking up the large gathering at Riley's Farms just up the road from the radio station.  I live "down the hill" in Murrieta, a good hour drive from the rally, but once I explained to my wife what was going on, we were on our way.

We arrived shortly after 4:30 pm, and the place was packed.  A couple hundred people, no face masks, were sitting around tables listening to patriotic music, eating grub, and having a good ol' time socializing with each other ... less than six feet apart in most cases.

While we were there we heard music, speakers, Riley Farms' signature drummer boys (patriotic American Revolution style), saw a number of persons who work there in colonial dress, and finally got to see and hear Jim Riley (one of the owners) who had organized the whole thing, and set the price at a patriotic $17.76 per person.

Jim took the microphone, stating he was not going to be political, that had gotten his business targeted by the left before.  As he told me later, a number of times they have tried to shut him down, claiming he wasn't to code, and in one case accusing him of being too political, which got the Los Angeles Unified School District to discontinue sending buses of kids out to see his American Revolution recreations, and workshops about colonial life.  Then, Jim said something interesting.  "Did you ever think you would see the day when having a picnic was a revolutionary act?"

This is not about a virus as much as it is about control.  The liberal left and their allies are using this coronavirus thing to put into place authoritarian policies that are unnecessary and unconstitutional.  What is even worse is that the American public folded so quickly.  Now, a minority of the American People (it should be a majority, but it seems most people don't have the stomach for standing up for liberty) has shed their masks, and are calling for the country to reopen.  The unnecessary, and illegal, shelter in place policies have nearly destroyed our economy, and people's lives.  The liberal left doesn't care.  Their desire for bigger government is more important to them than your welfare, your daily life, or your future.

And it is a global cause, an attempt to finally force Marxism in place, in the name of safety from a virus.

Are we willing to be revolutionary?  Are we willing to stand up against this kind of tyranny?  Why is it we were so quick to believe the lies about the coronavirus?  Yes, some people get it really bad, and some people have died from it, but in the big picture the number of deaths is being padded, we were lied to about the mortality rate (much lower than seasonal flu ... you have a better chance to be struck by lightning than to die from the coronavirus if you are not a member of the high risk groups), and what kind of insanity quarantines the healthy and then forces the economy into a downward spiral by refusing to reopen the country when anti-body studies are confirming what I've been saying all along ... the level of danger is a hoax, the chance of dying from this thing is low, and the best way to battle it is herd immunity, not running and hiding from it.  In a herd immunity situation, the disease would have been gone in a matter of weeks, and we would all have antibodies to fight it if it comes back stronger due to mutation.  Shelter in place has made it a slower, more painful trip, and if it comes back next year stronger, those of us without the antibodies from when it was weaker will have a real problem.

The experts claim it is all about science, and keeping people safe.

It's about control, authoritarianism, and seeing how quickly the world's population will cower into compliance.

As my wife and I were driving back, we were dying to find a place to sit down, have some tacos, a margarita or a daiquiri, and relax.  Except, everyone is closed, hiding and cowering from an inconsequential virus, while the lefties call for us to stay indoors and shut down longer.

A couple restaurant owners told me about how county health officials have threatened them, and one employee at an ARCO AM/PM mini store told me that county health threatened them with fines because a couple employees didn't have face masks on.  Out of fear, people wear them in their cars, in the parking lots, and I even see people with masks on while they walk their dogs.

This is not about a virus.  It is about the desire of a number of people who believe themselves to be a part of the ruling elite to be tyrants.

The Democrats want absolute power, and alleged crises like this one is exactly what the doctor ordered.

Except, some of us say "hell no."  Demand we reopen.  Demand liberty.  I don't wear the mask, anymore.  What are they going to do?  Have me arrested?  I am begging them, GO FOR IT.  Please, make me a martyr.  It'll make it easier for me to get the message out about how stupid this whole thing really is, and what lemmings the people falling for this crap truly are.