Liberal Lunacy by day, Blogstein's hilarity by night (oh, and something about illegal aliens) 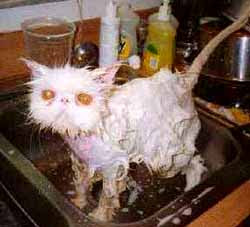 As expected, one of my liberal pains in my butt sent me a video from youtube that accuses Rush Limbaugh of considering any military troop that disagrees with the war a phony soldier. You can view it here if you like.

So I sent her back an e-mail that said the following (and mind you, I usually try to ignore this individual so as to not feed her because reaction is exactly what she is vying for, and because the stuff she spews makes most of the trolls out there seem harmless. Her crap is usually pretty over the top).

Anyway, here's the e-mail I sent.

Interesting how ill-informed you are

You sent me a video about Rush's Phony Soldier statement. However, as usual, the liberal press you find so dear lied to you, and took the entire thing out of context. If you had listened to Rush's entire show you would have known that the phony soldier comment came from the before talked about Jessie MacBeth. Jessie was at one time the Left's media darling, because he claimed to be an Army Ranger that saw the horror of war, and was willing to talk about how horrible it was in Iraq. He smeared the military, and the Leftwing Media ate it up. Thing is, he was a liar. Oh, he'd been in the Army, but was let go after 44 days of bootcamp - basically he couldn't hack it and was lashing out at the military as a result. He, my dear, is a phony soldier. But you see, your little video, and that leftwing site, Media Matters for America, toyed with the story, and kind of left out that part in which indicated that he was referring to soldiers that are like Jessie MacBeth - phony soldiers that make claims they are real soldiers, and then tell horrific tales that are nothing more than horrific lies. But you see, if you were well informed, you would have known that.

But that's not how the left works, is it. Since the battle of ideas is a losing battle, you and your liberal friends spend all your time smearing the right, and looking for incriminating tidbits (true or not) to smear all over the place. Then, you find more lies, and call it truth. It's a real shame. And yes, despite your accusations, I am much more well informed than you. You think you are informed because you listen to a media that provides nothing but lies. I pay attention to that media as well, but then counter it with the truth, and recognize the lies. I thought you were smarter than that, than to fall for the bogus crap the media sends your way. You are like a sheep being herded in the direction the socialistic Democratic Liberal Party is leading you. 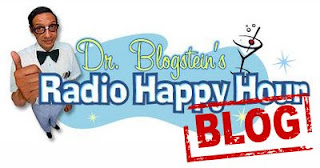 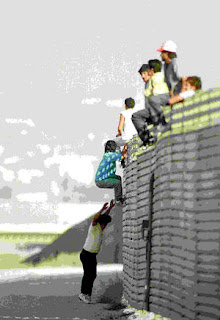 And finally, do you know who Mike Gray is? Mike Gray is that lawn care worker that got in trouble for his sign last year. The Border Patrol hat wearing business owner advertised that his business was "Done with Pride by an English Speaking American!" However, his other job, Arapahoe County in Colorado, didn't like the sign, nor did the local bureaucrats, who, fearing someone might be offended, ordered Mike to can the sign (and the hat). Mike Gray decided to go get a lawyer instead. Well, guess what? Mike is my guest this Wednesday night on Political Pistachio Radio! And, as an added treat, Terry Funderburk, the South Carolina Roofer that claims his competitors are putting him out of business by hiring illegals, and was arrested for protesting at a job site where illegals were working, has indicated that he plans to chime in as well. Wednesday at 10 pm Eastern, 7 pm Pacific, will be a good night for Political Pistachio Radio, and a bad night for the illegal aliens.
Posted by Douglas V. Gibbs at 12:01 AM