Methinks this is more than just blind multiculturalism and ideological stubbornness:

Representative Michele Bachmann, R-MN6, had a succinct analysis of the Obama administration’s latest diplomatic move and how it appeared to conflict with FBI’s own assessment.

“The president is going exactly in the opposite direction of trying to stamp out terrorism,” she told WND upon hearing why Obama administration officials had huddled earlier in the week with representatives from the Council on American-Islamic Relations, or CAIR, and the Muslim American Society, or MAS.

According to a statement on CAIR’s website, representatives from the two U.S.-based Islamic groups met with senior government officials on December 22, and pledged to work together to counter a decision by the United Arab Emirates, or UAE, on November 15th, to put CAIR and MAS on its list of foreign terrorist groups.

The UAE also outlawed the two organizations and declared CAIR and MAS to be front groups for the terrorist organization the Muslim Brotherhood. [emphases added]


And now, the continuation:

Just days after the Obama State [Commissariat] played host to a delegation of leaders aligned with the Muslim Brotherhood, the Islamist group has called for "a long, uncompromising jihad" in Egypt, the Washington Free Beacon reported Friday.

Earlier this week, State hosted a Brotherhood-linked delegation looking to mobilize support for the overthrow of Egyptian President Abdel-Fattah al-Sisi.

One delegation member was Waleed Sharaby, a Brotherhood-linked judge. He posted on his Facebook page a statement translated by the Free Beacon as saying: "Now in the U.S. State [Commissariat]. Your steadfastness impresses everyone." 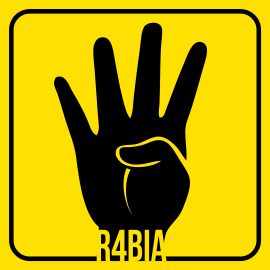 The delegation also included two other members of the Muslim Brotherhood.

Just days after that meeting, the Brotherhood declared: "It is incumbent upon everyone to be aware that we are in the process of a new phase, where we summon what is latent in our strength, where we recall the meanings of jihad and prepare ourselves, our wives, our sons, our daughters, and whoever marched on our path to a long, uncompromising jihad, and during this stage we ask for martyrdom."

The statement also emphasized the importance of preparing to engage in jihad and invoked the name of Muslim Brotherhood founder Hassan al-Banna....

Experts said the timing is certain to be an embarrassment to the State [Commissariat] and the Obama administration. [emphases added]

Now, in all fairness, is there concrete evidence that the Obama Regime is going to provide material assistance to the Muslim Brotherhood's war against Egypt?  Well, I'm sure there is, but it isn't disclosed in this report.  But are the dots really that difficult to connect?  The affiliation of the MB and the Obama Regime is a long, affectionate one, after all.  And while Islamic Fundamentalists are legendary for their belligerent blustering, and this Brotherhood "delegation" would probably have issued such "jihad" blitherings anyway, does not Imam (or whatever) Sharaby look like his meeting with Obama Regime officials went exceedingly well in the picture above?  He looks like the proverbial cat that swallowed the canary, does he not?  Complete with shout-out to his Rabia homies.  Like he got everything he was seeking and more.

Either that, or Sharaby is a better actor than Omar Sharif.

I also can't help noticing the proximity of this Obama-MB huddle with President Abdul Fattah al-Sisi's speech at a Coptic Christian mass last month.  It looks like a "last straw" moment for the former, doesn't it?  And remember that this wouldn't be the first time that the Obama Regime had armed the Brotherhood to the teeth.

As for any "embarrassment" of the White House, why would they be?  They've never made any bones or pretenses of where their sympathies and sentiments lie.  Barack Obama has always been Islamophilic, anti-Semitic, and pro-jihadist, from Egypt to "Palestine" to Syria to Iraq to Iran, and all points in between and beyond.  The Muslim Brotherhood coming to him for "support" is like me going to Fred Meyer to pick up a couple of quarts of milk and a loaf of bread - and my hydralazine refill (no joke) - a routine transaction between close, bosom friends and allies.  And if O ever was trying to hide his leanings and inclinations, he has absolutely no reason to do so now.

I did observe a month ago that President al-Sisi was effectively committing suicide by attending that Coptic Christian mass.  Looks like it's going to have Barack Hussein Obama's "assistance".