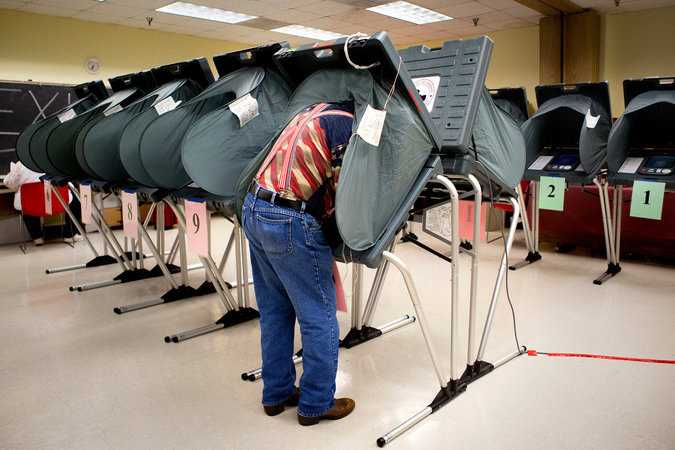 Potentially.  Or maybe theoretically is a better adjective.  Sure, the votes of actually U.S. citizens could be hypothetically weighted to offset and negate the votes of illegal aliens under Obamnesty.  In practice, this "one person, one and a half votes" idea would be criminally exploited by the Left in the diametrically opposite direction to even more unimaginable lengths:

The Supreme Court on Tuesday agreed to hear a case that will answer a long-contested question about a bedrock principle of the American political system: the meaning of “one person one vote.”

The court has never resolved whether that means that voting districts should have the same number of people, or the same number of eligible voters. The difference matters in places with large numbers of people who cannot vote legally, including immigrants who are here legally but are not citizens; unauthorized immigrants; children; and prisoners.

The new case, Evenwel v. Abbott, #14-940, is a challenge to voting districts for the Texas Senate brought by two voters, Sue Evenwel and Edward Pfenninger. They are represented by the Project on Fair Representation, the small conservative advocacy group that has mounted earlier challenges to affirmative action and to a central part of the Voting Rights Act.


Jazz Show elaborates on why the SCOTUS should leave well enough alone:

Demanding that the states divide up their districts based on eligible voters looks like a task which makes cleaning King Augeas’ stables seem simple by comparison. The first reason is that the census is not accurate. It’s a close approximation at best. Counting the homeless, the frequently moving renters and those “living in the shadows” or off the grid is a massive challenge. And even if you had an accurate count of the total number of heads, how many of them are in prison, on parole or otherwise ineligible for reasons of having committed a felony?


Until the Democrats extend them the franchise.

How many are illegal [alien]s?


Already being extended the franchise.

For that matter, how many will die before the next census?


In which case they'll all be countable as Democrat voters.

And none of this addresses the question of low population states like Wyoming. They have a single district with [fewer] than [six hundred thousand] people, so all of their votes are worth more than the rest of ours by definition.


But that's okay, because Wyoming is a "red" State.

On the other side of the coin, among those who are currently ineligible....


Though not for long.

....how many will finish their prison terms and regain the right to vote? How many will complete the naturalization process? The list goes on and it’s a dizzying problem to even contemplate. I suppose the court could say something vague along the lines of demanding that the State make their “best effort” to determine the numbers, but then you’re just in line for an endless series of lawsuits from plaintiffs who claim that the best effort in question wasn’t good enough or was corrupted by biased politicians.


Which underscores the folly of the Project on Fair Representation's filing of Evenwel v. Abbott in the first place.

Even if this SCOTUS doesn't take this horribly ill-advised step, they've all but guaranteed that a future, even less constitutionalist and more lefty oligarchical  High Court will.

So enjoy your ballot while you have the chance, my friends.  Soon it will be "officially" disemboweled as well is functionally nullified.