Did Congress Pass a Bill Allowing ISPs to Sell/Share our Browsing Data? 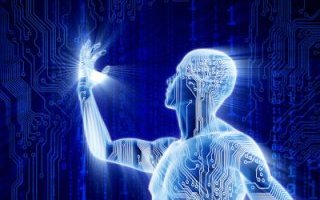 The media, and political messaging artists, know that perception is everything.  All you need is a small tidbit of the truth, and if presented properly, you can start a revolution.  With that understood, the question on the table is, "Why would Republicans and Trump want Internet Service Providers to be able to sell your browsing information without your consent?"

Anybody in their right mind would be appalled by the insinuation.  Privacy is a big deal with most folks, and in the dark corner of our computer room we truly believe our activities online belong to us, and us alone.  We are right to worry that internet tomfoolery by ISPs could spill beyond our product preferences, and they could send our personal information out there to the highest bidders on the open market.

On the surface, the idea that the Congress would vote to allow your ISP to sell your information, that it was the Republicans who all stood behind the bill and pushed the bill, and that Trump is expected to sign the bill is enough to likely get the Never Trump crowd screaming, "See?  We told you so!"

Except, what you see is not necessarily what the truth is.

First of all, your ISP already has the ability to use your data if they decided to seek sharing it on the open market without your consent.  The federal rules telling ISPs that they are required to get your permission before collecting and sharing your data have not yet gone into effect. The Internet privacy protections were approved by the Federal Communications Commission in the final days of the Obama administration, but the provisions are not all in force as of this date.

The reason for stopping the new rules before they go into effect includes, first of all, the fact that the privacy of your data is not the only thing in those rules.  The reality is that whenever government handcuffs a private industry with federal rules it blocks innovation and expansion.  The whole cellphone revolution began when the federal government withdrew rules against the phone industry.  For the Trump administration, the big picture is improving the economy, and creating jobs as a result of economic prosperity. The FCC rules in question that are being essentially repealed before they can reach full force would have disrupted the internet industry's ability to self-regulate and that would have placed hindrances on the market's ability to market in a way that would have created innovation and expansion.  Disallowing that kind of freedom in the industry would have hampered the economy as a whole, and interfered with the birth of the next technological explosion on the horizon, whatever that innovation may be.

We must ask, also, if the FCC, or any rules regarding the internet, are constitutional in the first place?  In the text of the United States Constitution, which includes all amendments, there are no authorities granted to the federal government regarding communication or information other than the power to establish post offices.  Yes, I realize the Framers of the Constitution could not have possibly imagined the invention of the telephone, satellites, the internet, nor cellphones.  That's why they provided an amendment process.  If it is so important for the federal government to stick its hands into the technology cookie jar, then the government first needs to ask permission from the States to have that authority in the first place.  Remember, if Congress proposes an amendment, it still requires 3/4 of the States to ratify that proposal before it becomes an amendment to the U.S. Constitution.

Free-markets work wonderfully, when it comes to self-regulation.  If a company abuses their ability to farm out your information, they will lose customers.  The angry customers will demand that there is to be created a company out there that is sensitive to people's privacy, and in the interest of monetary incentive, a company will arise promising such.  Internet providers understand this, and that is why the problem of selling your information has not been a major problem.  The companies don't do it on a large scale not because they can't (remember, the rules are not in effect, yet), but because they know if they did there would be a revolution among their consumers, leading to a march away from companies abusing our trust, and a new explosion of companies willing to follow the consumers' demands.

As for the idea that the ISPs are all in cahoots with each other, remember, there is always that renegade that seeks an opportunity to make a lot of money if they break away from the good ol' boys club, and deliver what the people want.

-- Political Pistachio Conservative News and Commentary
Posted by Douglas V. Gibbs at 11:32 AM