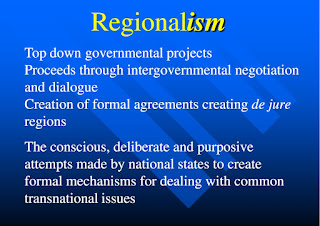 Over a hundred years ago Meridel Le Sueur wrote about creating a "New Regionalism" so as to encourage the rise of socialism in the United States.  An early member of the Socialist Party, Le Sueur was heavily involved in political activism, organizing for the "worker's movement," and writing for "progressive" causes - an activity that led to her being blacklisted as a writer by a number of publications due to her radical views.  In the thirties she was a leader of the "Literary Left", seeking new ways to develop "proletarian" literature while exploring the relationship of art to politics.  Art, she believed, was not to be for "art's sake," but rather to define social norms, and portray an ideological perspective. She believed art, especially literature, had a valuable role in a revolutionary culture.  Ultimately, she developed a new form of literature characterized as a "dialectical realism."  We must make note that Georg Wilhelm Friedrich Hegel's "Hegelian Dialectic" was a primary influence on Karl Marx as he developed his ideas about socialism and the communist utopia.

To Meridel, Marxism meant that art must guide consciousness in a new direction, not merely reflect the external reality.

She believed in the full significance of Hegel's dialectic, seeing change as not being linear, but that revolutions could occur across a wide range of human experience.  The role of the artist is to illuminate those changes.  As for the most effective way to establish those changes?  Regionalism.  A harmless looking way to insert socialism in the name of cooperation and the common good.

The spirit of the United States Constitution revolves around the ideas of individualism, localism, and a virtuous society based on biblical principles.  Regionalism seeks to pull local control away from local government, a strategy that also challenges individualism, calling for a more collective approach to local issues.  Regionalism claims that local life, whether it is willing to admit it, or not, is dependent upon other local regions, and regional cooperation is necessary for civilization to survive.
While constitutionalists and conservatives support the idea of community cooperation, and working with other groups when necessary, they believe that is to be decided not only locally, but with the option of individuals or individual governments, to opt out as they desire.  Instead, through governmental cooperatives we are seeing regional organizations of unelected persons who seek political regionalism for the sake of creating a socialist regional environment emerging, which in the end is a very dangerous path to navigate because it is Marxist in nature.

Meridel's worldview was through the eyes of oneness with nature, and bringing all forces together in communion.  A global consciousness of all-inclusiveness that bridges all religion and peoples so as to complete the circle of life.

Le Sueur was not the first to dream of using regionalism as a way of revolutionizing America so that the people would lean towards a socialist system.  However, the dreams of socialists like Le Sueur are in full swing in the Twenty-First Century's political environment.  The problem is, most Americans do not even realize it (or they are not willing the accept the reality of it).  Concepts of "Sustainable Development" (also called Agenda 21 and Agenda 2030) seek to usher humanity into population centers so as to give nature back to nature.  The stack-'em-and-pack-'em mentality of herding humanity into specific regions and central locations of control, and keeping them there through mandatory volunteerism (digest that one, for just a moment - sounds like Jean Jacques Rousseau's statement about how man must be forced to be free) is being orchestrated through regional organizations like various councils of government and Community Choice Aggregation (CCA) schemes.  The CCA seeks to regionalize energy by taking it out of the hands of local government and the private sector and placing it under the control of regional organizations (regionalism).

Regarding CCAs, see the following:

The I-10 and I-15 Corridor Project seeks to establish Sustainable Development corridors, and offer a plan that will ultimately require drivers to pay a toll to use currently freely accessible Interstate Freeways.  In short, through the Sustainable Development plan, the idea is to punish drivers monetarily for trying to leave their region, and encouraging people to seek employment within their regional population centers.

Humans, after all, are much easier to control when they stay in one place and don't have the means of traveling wherever they want - hence, the attempt to get us out of our cars with outrageous emissions mandates.

Unlike communist countries where you needed your papers to travel, through Sustainable Development the communists in America are seeking to convince you to not desire to go outside your region, to voluntarily accept communism under a different name. . . for the common good, to save the planet, as a part of regionalism.

In the end, it is still all Marxism and the Hegelian Dialectic.  And if you don't like it, no problem, the brown shirts (Black Lives Matter, Antifa, and other leftist groups) will gladly put you in your place by calling you a bigot and racist for daring to stand in opposition.

I totally disagree with this type of thinking. I believe the author has been brain washed &is living in a state of paranoia.