The insanity that engulfs us 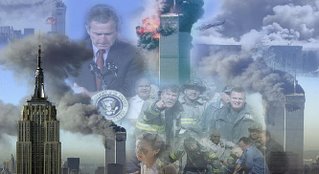 Last night on My Point Radio, Dave the host brought up an interesting point that sums up Islam, and their reaction to the liberal takeover of the United States Congress.

In a nutshell, the election has emboldened our enemy.

Iranian President Mahoud Ahmadinejad declared that Israel was destined to meet with her disappearance and destruction at a council meeting with Iranian ministers. To quote: "The western powers created the Zionist regime in order to expand their control of the area. This regime (Israel) massacres Palestinians everyday, but since this regime is against nature, we will soon witness its disappearance and destruction."

And as that is happening, the man that put a halt to terrorist attacks in America by taking the war to the enemy, George W. Bush, is now going to be investigated by Henry Waxman for possible wrong doing.

Wrong doing? What wrong doing? This is the Democratic response to impending danger by a nation toying with the idea of having nukes?

Waxman first accuses Bush of having a poor response to Hurricane Katrina.

The Federal Government, by law, cannot come into a situation like that until asked to do so by the local government. The Governor, under Bush's recommendation that she do so, refused to declare a state of emergency, hence allowing Federal intervention, until it was too late. I hardly see that as Bush's fault. The fault lies on the shoulders of the Democrat Mayor of New Orleans, and on the shoulders of the Democrat Governor of Louisiana. Also amazing is how the left excludes the leadership by Gov. Haley Barbour of Mississippi in efforts exhibited in rebuilding his state.

Also listed by Waxman is Iraq.

If someone set fire to your lawn, killed your children, threatened to kill you, and the police refused to (or couldn't) do anything about it, would you sit at home and do nothing? Would you blame the fact that your kids walked by those people's house, or defended themselves against those people's kids as the reason for your plight? Or would you go take care of business, defend yourself, and defend your neighbors? Okay, your course of actions may not transpire exactly as you expect them to, but would doing nothing be a better course of action? We are in a war against terror, and we must do anything and everything we can to properly and successfully wage this war. Sometimes things may not happen exactly as planned, but the alternative of allowing our enemy to run right over us is not an option.

Bush's approach to protecting the environment includes the fact that the White House supported an energy plan that included drilling for oil in the Alaska wilderness and rewriting the Clean Air Act, actions that I believe will restore a balance between economic growth and environmental protection.

So as the Democrats attempt to dismantle Bush's administration by attacking the Republican leadership, they don't take notice of Islam's bold moves as a result of the leftist takeover of Congress.

Who are the Democrats for? Themselves? Or the nation's security and well-being?

Al Qaeda now claims to have 12,000 fighters in Iraq (source: Fox News), and the Dems want us to cut and run?

And as all of this is happening, Wal-Mart is under fire because they have decided to use the Merry Christmas greeting over the generic Happy Holidays greeting.

What an insane world this is becoming, and thanks to the voters that claim they were just trying to send Bush a message, our very ability to defend our nation is being undermined.

Thanks, voters. Thanks for nothing. Get it right in 2008, would ya, if America still exists by then.
Posted by Douglas V. Gibbs at 9:48 AM

Do you know how long people have been saying "death to America?" Jeez, don't be wusses!

You do know that both of these guys are in or have been in the Military(?)
How are they wusses ?

Then they should know above all. Why don't they know that there have always been crazies saying "death to America?"