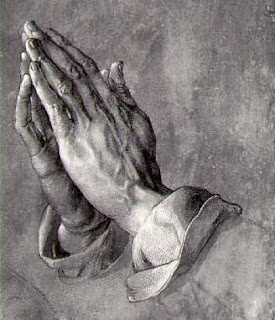 Thought you might enjoy this interesting prayer given in Kansas at the opening session of their Senate. It seems prayer still upsets some people. When Minister Joe Wright was asked to open the new session of the Kansas Senate, everyone was expecting the usual generalities, but this is what they heard:

"Heavenly Father, we come before you today to ask your forgiveness and to seek your direction and guidance.

We know Your Word says, 'Woe to those who call evil good,' but that is exactly what we have done.

The response was immediate. A number of legislators walked out during the prayer in protest. In 6 short weeks, Central Christian Church, where Rev. Wright is pastor, logged more than 5,000 phone calls with only 47 of those calls responding negatively. The church is now receiving international requests for copies of this prayer from India, Africa and Korea.

Commentator Paul Harvey aired this prayer on his radio program, "The Rest of the Story," and received a larger response to this program than any other he has ever aired.

With the Lord's help, may this prayer sweep over our nation and wholeheartedly become our desire so that we again can be called "one nation under God."

When I sent this to my "enlightened" cousin in San Francisco, she responded: "Interesting at times to see the alternative realities some choose to inhabit...bit filthy though...as it is so unenlightened (light brought to the subject)...some choose to stay in the dark of ignorance...oh well! How political and narrow minded...it's stunning that this is what passes for religion today ...it explains why we are in such deep sh1t!
Grow up! We don't need a dysfunctional father god."

She voted for Nancy Pelosi. I wonder if this is a typical lefty response to something that seems to me to be so accurate, and so inspiring.

Even if that is accurate, MK, it still doesn't make murder of our unborn right.

The problem with that prayer has nothing to do with its religiosity. You can call it a prayer if you want but it's really just a recitation of reality.

I'm not surprised that some of the politicos walked out on it, I'm surprised that everyone didn't. People don't like the truth and the more truth you speak and the louder you speak it, the more likely you are to find yourself dead. This is why I blog under an assumed name. I can say it like it is and continue living. No one has to read it and no one has to like it.

What a great post !..thanks for sharing this..It gives me comfort that so many understand the significance of this..!Happy Sunday!

I can never understand why ripping babies from a mothers womb (The one place it should be safest) is so important to the left.

What a bloody and disgusting platform to stand on.

Douglas, have I asked you before if you think I am a murderer?

That, my dear, is between you and God. But if you are referring to your terminated pregnancies due to the child incubating in the wrong portion of your body, that isn't really an abortion, but more like a medical procedure. The likely-hood in those kinds of pregnancies for the child to survive is normally zero, and the mother's life is in danger as well. It is common sense that if both lives are destined to end as the result of a medically bad pregnancy, it is just common sense to terminate it. That is not what the abortion controversy is about. It is about abortion being used as a means of birth control, as a means to kill children before they have a chance to enjoy their first breath, and in some cases, the murder of children that are far enough along that they would otherwise survive outside the womb (late term abortions). Apples and oranges, my dear. Apples and oranges.

Sorry at bit late to the party, but I'd object because it was a political statement and not a prayer to open the legisature.

Sorry, whether you agree with the contents of the prayer of not- the chaplain is not an elected official and the opening prayer is not the time or the place to ratchet up the political debate.