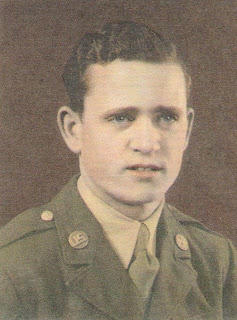 I stood there gazing down at my grandfather's grave, recently. My mother and I stopped by his grave as she drove me home from the hospital that my son was at that day. He is just a young man of 22 years, and he is battling cancer. On Tuesday he will be back in the hospital, hopefully to commence the procedure that will finally remove this cancer from his body.

My grandfather served in the Army-Air Forces during World War II as an M.P. in France. I can still remember his stories from my childhood about the war. Granted, some of the stories were not necessarily the God's honest truth, like the one about him punching Hitler in the nose, but that was the kind of man he was. He joked around when inside he hurt a little. He passed away a few years ago. His body is at rest at the Riverside National Cemetery in California. His soul rests with God. His honor resides in my memories of him. 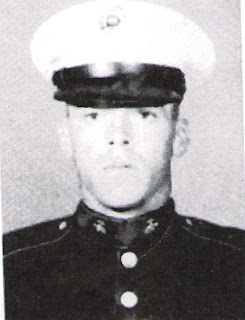 My dad served in Vietnam. He was a helicopter door gunner with the United States Marine Corps. He doesn't talk about his military days much, though sometimes you'll catch him say a thing or two about his service. Most of the time when he speaks of his time in Vietnam it's not about the fighting he was a part of, or the carnage he saw. If he speaks of his time in the service at all it is usually about his friends he had in Vietnam and at Camp Pendleton, and how they looked out for each other while he was there in Vietnam. He also talks, sometimes, about what it was like when he returned from overseas. There was no thank you. There was no parade. He took a taxi from the airport, sat down on his mom's couch, and switched on the television. On that black and white screen flashed images of the place he had just been hours before. It was surreal to him, knowing that he still had friends over there in Vietnam. His sister noticed he was home after a while, screamed to the family about his arrival, and at that point he received the only true welcome home celebration he would get. He has told me that he didn't regret fighting, but it still bothers him to this day that Americans had turned away from the soldiers, and he never really received a "Welcome Home, thanks for your service." Last year I met a couple writers at a Military Writers Society of America function. One was the widow of a Navy Corpsman from the Vietnam War, another a Vietnamese orphan that had been pulled from the region as we departed in 1975, and adopted by American parents. Both of them, after me telling them about my dad, gave me their books for free, and autographed them to my dad, thanking him for his service and welcoming him home. When I gave the books to him for his birthday a week later, and I opened them up so that he could read what had been written in them, he didn't cry, but I could see in his eyes that he wanted to. 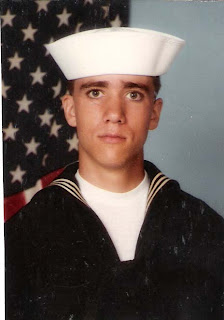 When I entered the United States Navy and stepped off the bus at bootcamp in Orlando, Florida in 1984 I was frightened. I wondered if my dad and grandpa felt the same way when they first stepped into the barracks that would be their home for the next few grueling weeks. I reasoned that they were probably much more frightened as young men, because unlike me after they graduated bootcamp they were sent off to war. As the heat from the Florida sun during the hottest part of summer beat down on me during my marches and push-ups on the asphalt grinder, I imagined them beside me, doing the push ups with me, cheering me on. Then, when I stepped across the quarterdeck of the USS Chandler, DDG-996 at NAS North Island in San Diego after completing my bootcamp and "A" School, I suddenly realized their pride and honor. I was humbled by the experiences I had endured, and of what lay ahead. I turned to those ghosts of memories beside me and I thanked them. Not only for their service, but for their sacrifice and their honor and their courage. I don't know if I have ever actually told my dad and my grandfather to their face before, though I believe I have, "Thank you." But it was then, in my uniform, saluting the Officer of the Deck as he granted me permission to come aboard that in my soul I thanked them, and I hurt for what they had to go through. I thanked them with tears welling up in my eyes because it was their sacrifices that made it possible for me to place myself in the same shoes on that quarterdeck. It was their sacrifices that allowed the people out there across the country to live free lives in the greatest nation in the world. It was their sacrifice, and all of the men and women before them and after them that enabled me to decide what I wished to do next, without worrying about whether or not the government would come down on me for it.

On this Memorial Day, 2007, I thank my fellow Americans that are out there fighting to preserve our liberty and keep this nation safe. I value your sacrifice, and I pray that you will come home safely. And if you perish during the fight, I pray for your family, and I thank you for giving the ultimate sacrifice for your fellow Americans. And above all, on this Memorial Day, I remember you. I remember your service, and I remember the lives that have been lost not only on the battlefield, but also the Americans that perished on September 11, 2001, and in all of the other instances where those that love freedom were snuffed out by a sinister enemy.

I Remember You, and I Thank You. 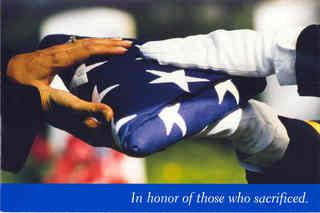