Yet, Another Liberal Contradiction (the poverty/illegal alien connection) 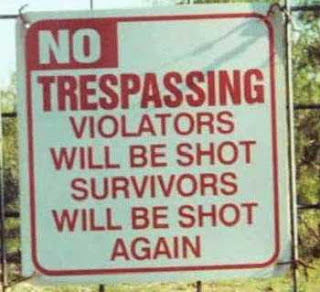 I didn't watch the GOP New Hampshire debates the other day. Honestly, I didn't have the time. I can guess how it went, though. McCain probably showed the nation, once again, how out of touch he truly is. Romney spent time, more than likely, trying to capitalize on his so-called Kennedy-style looks by pandering to groups he never agreed with back when he was Governor of Massachusetts. Rudy no doubt continued to capitalize on his appropriate position regarding the War on Terror, and how he turned New York around in the sense of crime and economy, while skillfully dodging every other issue on the table.

And while I was thinking about this, my memories flashed back to the recent Democratic debate, and how they absolutely have no clue all the way around, and to cover up for that they actually tried to field questions about faith and ethics. It was comical, from what I hear, but alas, I missed that one too.

One thing I haven't missed is the Democratic statement that they wish to eliminate poverty. Noble cause, I think. Noble, indeed. But their politics contradict that statement. In fact, if some of the taxations and programs they are trying to put on the table were in force, I would surely be in poverty.

I believe that an increase of estate tax would put some folks into poverty, rather than assist them out of such a hole. Liberals forget that the majority of inheritances are not some rich snob handing his riches down to his spoiled children.

That aside, the primary issue that contradicts the Democratic drive to eliminate poverty is the immigration issue. Twelve million illegal aliens live in this country, despite a couple of amnesty programs of the past. Amnesty has proven that it not only does not eliminate the illegal alien problem, but it actually exacerbates the situation.

And with 12 million aliens all vying for legalization, with a few family members to drag into the mix, the number of new legal residents from Mexico will soar to over 50 million people.

My day job is in the Construction Industry, performing tasks that "La Raza" claims to be jobs White People won't do. And what would happen to my job, and millions of other occupations held by American Citizens that require little or no education if millions more people, with a new found legal status, suddenly appeared willing to perform the same tasks for less pay?

I, and many like me, would be out a job, and in the poor house.

Open borders are not only detrimental to our nation's security and economic stability, but is a clear cut contradiction to the Left's desire to eliminate poverty. Opening our borders will not only not eliminate poverty, it will place more American Citizens into such a position.

The Democrats have always hailed that they are for the poor people of this nation, when in reality, with their taxation practices and support of open borders, they are the creators of poverty, and widening the gap between the poor and the elitists that run that Liberal Party of jackasses.

Innocence Without A Voice at Another Political Pistachio

Iran Shipping Arms and Explosives to the Taliban at GM's Corner

D-Day at A Right Angle in a Left Turn World

When Republicans Go Wrong at My Point