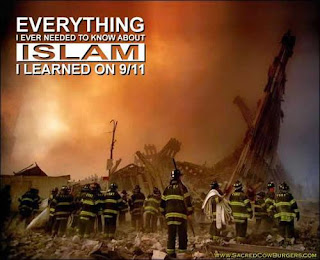 Last year reports rose out of Britain that the Parliment was banning the term "Global War on Terror," because it might send the wrong message.

Earlier this year the Democrats wished to do the same because the term is considered by them to be "too broad." (Meaning that they don't like the idea it's Global - they want everybody to think the whole war is all about Iraq)

The Left wishes to impeach Bush and Cheney for high crimes and misdemeaners - adding Cheney is ridiculous because Cheney is a part of the Leglislative Branch of government serving as head of the Senate - and any impeachment idea is insane. Think about it. One of the cries for impeachment is calling the current battle in Iraq illegal (does the Left forget that in 2001 by a margin of 98-0 the Senate passed a resolution authorizing the president to "use all necessary and appropriate force" against terrorists and any nation that provided safe harbor and support to them?)

And now, in another attempt to ban truth, in Nebraska a judge has decided to ban the words "rape," "victim," "assailant" and "sexual-assault kit," in a rape case, and ordered witnesses to sign papers saying they wouldn't use the words. Words such as "sex" and "intercourse" were allowed. The reason? He didn't want the words to prejudice or mislead the jury.

Okay, let's back up a little. The Left wishes to ban "Global War on Terror," I believe, because they don't believe that this is a war at all. It's just a little misunderstanding, I suppose. A criminal act, perhaps.

Listen, my dear liberal friends, when a group says that they wish to destroy your civilization and then fly planes into buildings and kill over 3,000 people it is an act of war. And how, pray tell, should a nation respond to an act of war? Oh, I don't know, maybe we ought to take the war to the enemy so that they learn not to attack America again!

Are you afraid you might hurt the feelings of the enemy, or something?

Just like this judge banning those words in the sexual assault case - if the accusation is rape, it's rape. Don't sugar coat it. Since when are we supposed to be worried about the facts getting out? Hmmm?

As for this idiotic impeachment movement, name a crime. The Left says Bush has set himself up as King, or something like that. Are you kidding me? Radical Islam committed an act of war against the United States of America. And he didn't lie about the WMD either, idiots. We telegraphed that we were coming to look for the damn things and Saddam had plenty of time to ship them out. That's not lying, that's the Left warning the enemy before we come and then trying to shift the stupidy to the right.

If Bush is guilty of anything, it's handcuffing the troops. It's a war, and should be fought as a war. Let's take the gloves off and fight the dang thing!

"Oh, but Doug, don't you know that poor, innocent people may get killed. Not all Muslims are terrorists."

True. But all of the terrorists have been Muslim. And it's war. It's unfortunate, but sometimes innocents are lost in a war - especially when the cowardly enemy uses innocent people as human shields.

The Left is playing a game of seek and destroy. Instead of all this bull, how about using a little common sense?

Fact: The Jihadists brought the war to us, not the other way around. They wish to kill us and destroy our society. Wouldn't it be prudent to take the threat seriously? All that the Left is doing is playing these stupid games for political reasons. America is the least of their worries. They are out to get the White House.

Violence is in the world because people are violent against each other, not because America is a superpower. The Middle East is in a shambles because extreme radical Islam has made it that way, not because of our presence. Once again, they declared Jihad on us, not the other way around!

In order to seize power in America, the Left has realized that they cannot win on the issues, so the Democratic Party has decided to wage an all out war single-mindedly bent on discrediting the President, thus winning back he White House - even if it means compromising our national security while in the process of shutting down intelligence procedures in the name of civil rights, shutting down a containment facility in Gitmo by accusing it of using torture, and proclaiming that the war in the Middle East is illegal even though the majority of them voted in favor of it in the beginning. The Democratic Party has ignored the lessons of history. Bad guys do bad things and must be stopped, and they can only be stopped from a position of strength. The Left's ambitions, it turns out, are more important than the National Welfare of this country.

And before any of you liberals that may be reading this gets too high on your horse, think about this. The Taliban has been successfully driven from Afghanistan, and Saddam Hussein has been removed from power (and executed) in Iraq. Afghanistan and Iraq no longer sponsors terrorism. Neither of these nations live under the evils of tyranny any longer. The seeds of democracy have been planted in these nations. If Saddam Hussein was still in power in Iraq his ability to manufacture and use weapons of mass destruction would be reached by now and he would be either using them, or distributing them to terrorists. Our actions in Iraq stopped that innevitability.

The truth, however, according to the liberals, may prejudice or mislead the American People, so the Left would rather smear lies all around, toss in a few accusations, and then try to throw the "Fairness Doctrine" in there as well for the soul purpose of silencing the conservative voice.

Banning Truth leads to destruction. The enemy attacks weakness, and runs from strength. Evil prefers their victims to be unarmed.

Spain suffered the terrorist attack on the train station after an anti-war candidate took office in order to more quickly persuade him to pull out their troops from Iraq. Now Britain has suffered attacks shortly after Blair resigned and a more anti-war Minister has taken office. The message is clear - The Islamists realize that liberals, when faced with an attack, will pull out as fast as possible.

We must stay strong. We must continue to wage the global war on terror, and that is the truth.
Posted by Douglas V. Gibbs at 10:24 PM