James Gilmore withdraws his candidacy for the Republican nomination for President 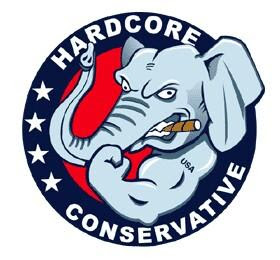 Jim Gilmore, former governor of the State of Virginia, and once the chairman of the Republican National Committee, has called it quits. He cites that though the experience has been rewarding for himself, his family, and his supporters, the combination of a late start and primary schedule has made it unrealistic that he can catch the front runners.

Another difficulty has been the money raised. Since January, according to Captain's Quarters, he has raised $381,000, while his rivals have collected tens of millions of dollars.

Gilmore has recognized this, stating in his announcement that he has ". . . come to believe that it takes more than a positive vision for our nation's future to successfully compete for the Presidency. I believe that it takes years of preparation to put in place both the political and financial infrastructure to contest what now amounts to a one-day national primary in February."

He will, however, remain active in the Republican Party and in public debate.

After an initial contact with his campaign representatives he has tentatively agreed to come on Political Pistachio Radio this coming Saturday to discuss the ups and downs of his short-lived run for President, and how he will remain involved in the Republican Party's candidates drive for the 2008 Presidency.