While Hillary Clinton and Barack Obama are battling it out neck and neck on the Democrat side, the Republican Race has clearly shifted into McCain's favor. Granted, McCain's gains did not totally knock out of the race either Mike Huckabee, nor Mitt Romney, his wins on Super Tuesday were, however, enough to allow John McCain to emerge as the clear front-runner. Is he who we want in our search for a Red November?

Huckabee performed better than even those in his camp expected. He faired strongly in the South, and in his speech gleefully declared, "A lot of people have been trying to say that this is a two-man race. Well, you know what? It is, and we're in it!"

Mitt Romney has poured more than $35 million of his personal fortune into the campaign, and after a fairly difficult Super Tuesday he faces a decision on whether he should spend more. Increased spending on ads may be his next strategy, and though he is not out of the race by any measure, Romney now trails McCain by nearly 300 delegates.

McCain is riding high on his victories, but unlike Mitt Romney, cash may be his biggest hurdle. McCain has earned the least in fundraising, and has the smallest amount of funds on hand. The question is, will falling short in campaign funds slow him down and allow Romney to retake the lead?

During the blitz of Super Tuesday, tornadoes ripped through the south, killing at least 45 people in half a dozen states. President Bush said today that he had called the governors of the states affected by the storms and pledged assistance from the Federal government. “Loss of life, loss of property — prayers can help and so can the government,” Mr. Bush said in brief remarks before a ceremony at the Department of Agriculture. “I do want the people in those states to know the American people are standing with them.” During all of the chaos from the storms, in Tennessee, about 50 miles northwest of Nashville, a fire at a natural gas pumping station sent flames shooting hundreds of feet into the air. A spokesman for the company that owns the plant said it apparently took a direct hit by a tornado. No one was working at the plant at the time, but evacuations in the midst of the storms were conducted. 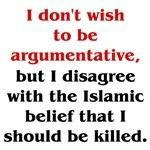 In the Middle East, Israel-Gaza Fighting Escalated as Israel launched airstrikes against militants firing rockets from the Gaza Strip. Gaza militants said Israel responded with several airstrikes overnight, but the Israeli military confirmed only one, saying aircraft had fired at militants who had just launched rockets. "We need to understand there is a war in the south," Israeli Vice Premier Haim Ramon told Israel Radio. "The war against Hamas has to be fought on all fronts."

Hamas recently took responsibility for a suicide bombing on Monday in the southern Israeli town of Dimona. This was the Islamist group's first suicide attack in Israel in three years. Israel demands that there must be an end to the violence before it is willing to implement any peace agreement. "These rockets that are being fired at Israel must stop. It's pointless," Abbas, the Palestinian leader, said at a news conference with Austrian Foreign Minister Ursula Plassnik. "At the same time, Israel should not use these rockets as a pretext for collective punishment on Palestinians in Gaza. Israel must always allow humanitarian supplies and other needs to be provided to Gaza."

Israeli government spokesman Mark Regev said he expected the Dimona bombing to strengthen the resolve of the international community to shun Hamas. "I hope that this public admission by Hamas of direct involvement in the deliberate targeting of innocent civilians will serve as a wake-up call to those in the international community who've had illusions as to the true nature of Hamas," Regev said Tuesday.

United States and Iraqi officials have seized videos that show al-Aqaeda training young boys to kidnap and assassinate civilians, some of whom appearing to be about 10 years old. One tape showed a young boy wearing a suicide vest and posing with automatic weapons. The American military said some of the tapes were found in December during a U.S. raid in Khan Bani Saad, northeast of Baghdad, and said it indicated a pattern that al-Qaida in Iraq was increasingly using children for sinister means.

"Al-Qaida in Iraq wants to poison the next generation of Iraqis," Rear Adm. Gregory Smith, a U.S. military spokesman, told reporters Wednesday inside the heavily guarded Green Zone. "It is offering children as the new generation of mujahedeen," he said, using the Arabic term for holy warriors. "We believe this video is used as propaganda to send out to recruit other boys ... and to send a broader message across Iraq to indoctrinate youth into al-Qaida," he said.

Other scenes from the Khan Bani Saad video showed masked boys forcing a man off his bicycle at gunpoint and stopping a car and kidnapping its driver along a dusty country road. At one point the boys — wearing soccer jerseys with ammunition slung across their chests — sit in a circle on the floor, chanting slogans in support of al-Qaida. 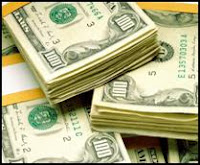 The DOW is edging back upward after strong drops being attributed to recession worries. Government data is positive showing the fourth-quarter productivity rising by a better than expected 1.8 percent, and labor costs rising by 2.1 percent. The results were not as strong as they were in the third quarter, though, when productivity shot up 6 percent and costs fell by 1.9 percent.

Finally, a letter I wrote to my local newspaper in response to a story that was run in the Perspective Section was published by the paper. Read the article HERE, and my response HERE (scroll down to my letter titled "Disgraceful Films").

And, don't miss my take on the results of Super Tuesday on my Blog Talk Radio show, Political Pistachio Radio, tonight at 7pm Pacific/10pm Eastern.
Posted by Douglas V. Gibbs at 8:02 AM