A Call From Afghanistan 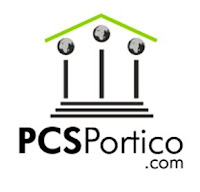 Blog Talk Radio recieved a treat during last night's Political Pistachio Radio Show. Last night on Political Pistachio Radio my guest was Angie Heslen, the Director of Operations for PCSPortico.com. PCS Portico dot com is a resource for the over 400,000 military members and their families that make a Permanent Change of Station each year, as well as a great resource for veteran's and retirees. PCS Portico dot com offers over 40 categories for business listings, and 75% of their gross revenue flows directly back into the military community through the employment of spouses, veterans, and retirees, as well as donations to several military charities. In fact, PCSPortico.com donates 10% of each advertisement sale to military charities. The site offers information on local businesses surrounding the hundreds of major U.S. military installations worldwide, and the site provides an invaluable service to active duty military servicemembers and dependents all in one site.

The interview with Angie was informative, and encouraging, and a real treat was added about halfway through the show. Angie Heslen called us from Germany, and her husband is currently deployed to Afghanistan near the Pakistan border. He called into the show to encourage his wife, thank Political Pistachio for having her on, and to say a few words about his deployment and how thankful he and his fellow troops are to members of the New Media like Political Pistachio for our support of the troops and the mission. I feel honored that such fine personnel are out there defending freedom, and protecting America. As I told him on my show, only my disabilities and non-deployable status keeps me from joining these fine men and women of the United States Military. I, myself, am a U.S. Navy Veteran.

And Thursday Night's show is not the only great one you missed. Recently we have discussed:

The One Year Anniversary of the Virginia Tech Shooting, and the discussions that have resulted,

Globalism vs. Globalization - What's the Difference?,

The Life of Charlton Heston, and the Importance of the Second Ammendment,

Tibet and China, The Year 2012, The Minnesota School of Islam, The Battle of Trafalgar if it happened today with all of the Political Correctness,

Interview With Walid Shoebat, The Islamic Terrorist that became a Christian,

And what, you may ask, is coming up on Political Pistachio Radio in the future? Well, here are a few of our upcoming shows:

The story that the liberal left has jumped all over of the Honorably discharged vet ordered back to Iraq despite disability; discussing movies "Expelled" (Ben Stein's documentary about the loss of freedom, and the suppression of any scientific discussion regarding Intelligent Design in Academia) and "Under the Same Moon" (Hollywood's gift of opinion regarding the illegal alien invasion, unfortunately, this one uses the political hot button of illegal immigration in a cleverly worked tale that demonizes White American Culture, the rule of law, and will be best remembered for the line, "First they screwed the Indians, then they screwed the slaves, and now they're screwing us Mexicans!" With the surging emotional momentum created by this film that will be most appreciated by those who share its political view, perhaps another overstuffed tale such as this will emerge for the gays too. . .jeeeez!)

Kitty Foth-Regner was a feminist in full and happy control of a god-free life - - but when her mother developed a fatal illness, she set out to determine if there really is a God - - her findings changed her life, and her politics, forever. She is the author of Heaven Without Her: A Desperate Daughter's Search for the Heart of Her Mother's Faith.. check out her book, "Heaven without Her."

Alan Keyes has announced a break with the GOP. He is a conservative, Christian, and Reaganite. . . and his influence in Conservatism is felt accross the board - Join us as we have the opportunity to interview this Great American! Read and learn more about Alan Keyes at Alan Keyes dot com.

Cross-posted on Heading Right, and the Political Pistachio Family of Sites.
Posted by Douglas V. Gibbs at 1:40 PM