The Rise of a Socialist America 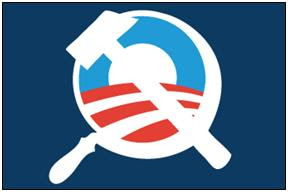 "The American people will never knowingly adopt socialism, but under the name of liberalism they will adopt every fragment of the socialist program until one day America will be a socialist nation without ever knowing how it happened."

Americans did not worry about Norman Thomas' statement when he first uttered these words. The likelihood that the United States of America, the nation of liberty, would fall victim to the wiles of Socialism, seemed impossible. And when Ronald Reagan captured the presidency as the 1980's opened, the liberal attempt at gaining full power seemed to be defeated for good. The platform of Conservatism had produced landslide elections, created a prosperous economy after the economic darkness of the 70's, and reminded the world that America is the strength of the world and that peace comes through that strength.

When Bill Clinton threatened to damage the growth of this country economically, Conservative Republicans gained control of Congress, balanced the budget, and a new economic prosperity emerged. After using the veto pen twice against it, Clinton was even convinced to sign legislation that reformed welfare.

Then George W. Bush gained the presidency. Like his father, he claimed to be a Conservative, though he did not embrace all of the Conservative ideals, and leans towards a globalist agenda. Nonetheless, he proved to be the right man in office when September 11, 2001 came, and the two World Trade Center Towers fell. We went to war. Our economy remained vibrant. The country rose from the tragedy united, and strong.

The liberals, however, after facing defeat so many times in recent history, decided it was time to derail the Republicans. They knew that Conservatives were dissatisfied with some of Dubya's presidential decisions, and they knew that their base was angry about the invasion of Iraq along with the time it was taking to resolve it. Using this knowledge, the liberals launched a campaign not unlike the campaign against the Vietnam Conflict in the late sixties and early seventies. The decision to go to war was attacked, the existence of Weapons of Mass Destruction was challenged, the details of the handling of the conflict questioned, and the president demonized. By the time the campaign season for the coming 2008 Election arrived, the liberal left had stirred their base into rabid anger, and with their continuous accusations (whether fact based or not) against the Bush Administration, they planted seeds of doubt in the Republicans.

Enter, stage left, Barack Obama, a charismatic speaker that gained electrical popularity when he gave an inspiring speech at the Democratic Convention in 2004. His inexperience made him perfect. The Democratic Party could mold his image without the setbacks of past inconsistencies. They could, through him, present Socialism as simply being fair, and a much needed change. He could preach "change" without ever explaining that his change was truly a power grab by Washington to seize control of the economy through nationalized health care, and by centralizing other programs. The mainstream press, as they did with Carter and Clinton, blessed Obama with their magic septor and are making sure the scrutiny is applied to his opponents more so than to him. They have looked the other way when Obama proposed taking Lyndon Johnson's failed war on poverty international in the form of the Global Poverty Act. He preaches the failures of capitalism to thousands, despite the contrary facts of capitalism's success compared to the climactic failures of socialism around the world.

And Barack Obama has somehow reached a spiritual level, even being christened as a "Light Worker" by the New Age crowd. He has become Messianic, the savior of a nation on the verge of calamity - despite the fact that such calamity is an exaggeration.

This Tuesday is more than a presidential election. This Tuesday is a choice between Capitalism and Socialism. Smaller government, and a strong central government with the power to take away your freedoms in ways you can't even fathom. Under the guise of liberalism, Socialism has arrived, and it is up to you to defeat it.

America is becoming a socialist nation without the people of the United States even realizing it - and it is being ushered in under the guise of "Hope" and "Change."
Posted by Douglas V. Gibbs at 12:49 PM