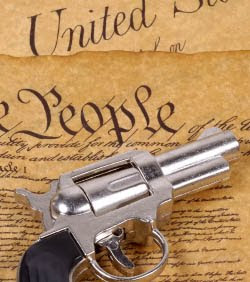 The U.S. Constitution applies to the federal government except where specifically noted otherwise.

When the Supreme Court decision in the Chicago hand-gun ban case came down that basically guaranteed gun rights in all cities and states, my phone began ringing off the hook. "We won," said the callers.

I am uneasy anytime the federal government tells a city or state what they have to do. I do not believe the 14th Amendment is so clear regarding applying the Bill of Rights to the States. Just because I am happy about the protection of gun rights, it does not mean I am in agreement with the constitutional angle used.