Obama's Attacks on Christianity followed by support for Islam 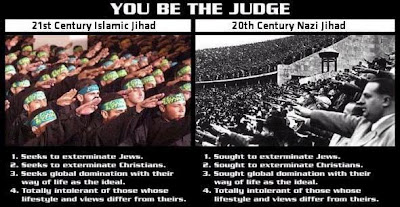 While he wages a culture war on Christians, the president tells Americans not to worry about global Islam.

Last week Barack Obama marked the beginning of Ramadan by saying to Muslims that the "United States continues to stand with those who seek the chance to decide their own destiny, to live free from fear and violence, and to practice their faith freely." While he undercuts Christianity at home -- under his Obamacare abortifacient/contraceptive mandate, resistant Catholic and Protestant schools, hospitals, and charities will soon face crushing fines -- he never fails to tout Islam abroad.