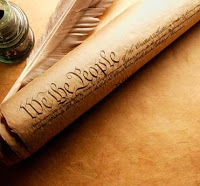 
The Obama administration is poised to sign a number of draconian treaties offered by the international leftists of the United Nations. There is a concern because of the unconstitutional nature of these treaties. The treaties, of which the globalists are claiming are loaded with good intentions, would enable international regulations over parenting, sea routes, our foreign policy, arms trade, water and energy usage, and even global governance over the use of land within the sovereign states.

Treaties can be dangerous, because as per Article VI. of the United States Constitution, like laws made in pursuance of the Constitution, ratified treaties are the supreme law of the land.

The United States Supreme Court in the Reid v. Covert case of 1957 ruled that despite the fact the Constitution calls ratified treaties the law of the land, the Constitution supersedes international treaties ratified by the United States Senate. The opinion of the court was inspired by the concept of Judicial Review, which enables the courts to "interpret" the Constitution to mean whatever they desire. The ruling, however, was not a way to protect us from bad treaties, as the supporters of the decision claimed, but was yet another nail in the coffin by the federal government in their attempt to kill the voice of the sovereign States once and for all.  According to the Supreme Court, when it comes to determining the Constitutionality of a treaty, that task would fall upon the courts - a protocol that carries with it very dangerous implications should the executive branch and the judicial branch collude together for the purpose of usurping the Constitution.

Judicial Review, a concept canonized by the Supreme Court Chief Justice John Marshall in the 1803 Marbury v. Madison case, was an authority never actually expressly granted to the courts by the States, and in reality is an unconstitutional concept in the first place. Therefore, if the courts are not the final arbiters of the Constitution, and Judicial Review is simply a power grab by the courts that was not embraced by any of the Founding Fathers except maybe the statists like Alexander Hamilton, then it is clear the courts have no say over whether or not a treaty is Constitutional or not.

There is no clear answer to that question because the Founding Fathers did not expect it to be an issue.

To understand why the founders were not concerned with the constitutionality of treaties, we need to go back to the world of early America itself.

The American system has changed drastically since the founding of this nation. The very dynamics of our political system are so out of whack that problems are arising that were never a concern before.

Before 1913 and the ratification of the 17th Amendment, the U.S. Senators were appointed by the State legislatures. This was so that the States could advise the federal government, and give consent to federal actions. The advise and consent power was specifically given to the Senate because the Senate served as the voice of the States in the U.S. Government.  This means that it was the responsibility of representatives of the States to hear all impeachments, hear all federal appointments, and to ratify treaties.

Since the States are the final arbiters of the Constitution, and it was the voice of the States through the U.S. Senate that was tasked with the ratification of treaties, there was no concern that treaties would be made that were in conflict with the Constitution, or that were dangerous to the concept of State sovereignty. Surely, the founders reasoned, the States would not ratify treaties that would place in jeopardy their own rights, or the important principles of limited government that were in place to protect the States from a tyrannical federal system. And even if some States were willing to instruct their appointed representatives in the Senate to vote in favor of a draconian treaty, there would never be enough because ratification of a treaty takes two-thirds of the Senators present.

Our Founding Fathers were not worried about unconstitutional treaties because the ultimate guardians of the Constitution, the States, were the ones required to ratify a treaty through the United States Senate.

Though the treaties we are faced with are insidious, the real problem is not the treaties, but the fact that we have opened the door for their ratification by continuing to allow the 17th Amendment to remain in force. Returning the U.S. Senate to the States is the way to stop this madness, for even the most liberal States are not always interested in giving up their own interests and rights to an international totalitarian regime like the United Nations.

There can be absolutely no conflict in Treaty or law. Otherwise the Constitution cannot be the Supreme Law of the Land as the Founding Fathers intended.

The Constitution can ONLY be changed through the Amendment process.

How can it be justified any other way?

The treaty is not changing the Constitution, first of all. Second, who do you think should determine if a treaty is constitutional? Who is the final arbiter?