Using Liberal Logic (yes, yes, I know, two words that actually don't go well together), based on their cries regarding the genocidal colonists that came to the new world, we need to all move back to Europe because the Indians were here first.  We are the invaders. We are the illegal aliens.  Yes, of course the "Native Americans" aren't technically "Native," since their ancestors crossed the land bridge between Asia and Alaska to get here, but they were here first.

Okay, fine.  Let's use their "Logic" when it comes to Israel. Below is an image of the land that God gave Israel before Islam even existed: 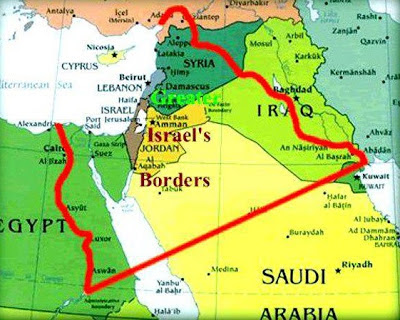 Next is an image of the Muslim World as it exists today just around Israel, not even taking into account the rest of the Muslim nations around the world: 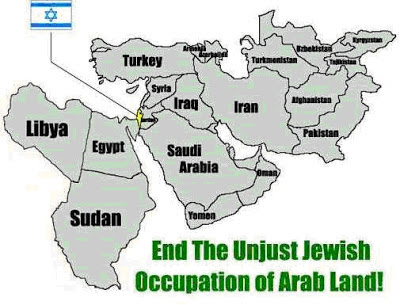 And Israel is seen to be the problem?

Who is occupying who?

Oh, and just to add a little flavor, let's be clear on who the genocidal ones really are: 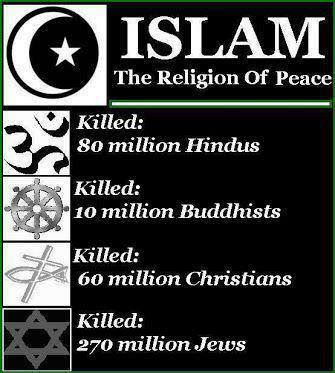 Islam is truly The Religion of Genocide.

Where did you find the exect Quantity.. Are you the same person who killed those people....