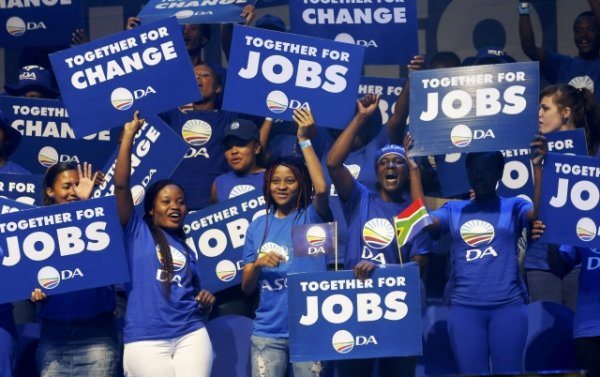 .....precisely as he intended:

Barack Obama’s decision to ignore the law by granting de facto amnesty to millions of illegal immigrants brought to America as children and those who are parents of children with legal status was a terribly foolish act.

It will only serve to exacerbate racial tensions.


Which means that, from The One's point of view, it was anything but foolish, because he wants to engender and sew as much racial tension - black vs white (as in Ferguson, Missouri), Hispanic vs. black, white vs. Hispanic, ad nauseum - as demidivinely possible, the better to harvest crises he can exploit.


But what does what crackers think matter, right?  We've already been permanently consigned to the back of the bus.  We're irrelevant second-class citizens now, if we're even citizens at all.  And what status does a citizen have now that illegals have been "officially" elevated to a higher societal stratum?

But here's the rub for the heretofore slavish (heh) followers and worshipers of Barack Hussein Obama in "black America":

Illegal immigration increases the supply of low-skilled workers, and that drives down wages for less educated whites and African-Americans. [emphasis added]


Black unemployment - even the "official" number - is in double-digits, and extends as high as 25% in some parts of the country (like, snickeringly enough, The One's domestic home base of Chicago).  Perhaps that's why among the first demographic groups to protest even the first rumors of his infernal majesty's amnesty decree back in the summer were African-Americans.  It's one more motivation for the flowering of the "African-American Spring" that, in the upcoming months and years, may well gain powerful momentum as "black America" finally recognizes that "their president" has screwed them over just as thoroughly as he has the rest of us.

But the screwing isn't just over wages, but over the opportunity to move up the economic ladder:

A group called Students for Fair Admissions has brought suit in federal court against Harvard and the University of North Carolina charging that practice discriminates against Asians, who tend to be the best academically qualified racial group.

If they prevail, and given the inclinations of the administration to pressure schools to admit African-Americans and Hispanics, even more white applicants would be squeezed out of top universities their antecedents founded and endowed.

Already many academically qualified children of successful white professionals are denied access to universities of the same status their parents attended, and consequently face much diminished career and lifetime earnings prospects.

The president’s recent actions will increase the pools of Hispanic and Asian college immigrants and applicants and further exacerbate intergenerational downward economic mobility among whites.


Barack Obama evidently has an endlessly supply of dicks, because he's been boning "whitey" for six years, endlessly upping the figurative rape ante, and there's no end in sight.  All in service to a leftist racist creed ("black liberation theology") that is as radically bigoted and hateful as the KKK ever dreamed of being.  Only, as we saw above, the collateral damage is massive and impacts "his own" people as well as us "honkies".

Funny how no matter what Barack Obama does, the results always further his agenda.  Either we docilely capitulate, and he advances, or we resist, he cracks down further, chaos ensues, and he advances.  Nothing and no one ever stops his advance, or even slows it down.  It's "his way or his way".  Heads, he wins, tails, we lose.  An ironic state of affairs for somebody who justifies everything he does on the grounds of "fairness".

Whites face a government that is explicitly working against their interests, the economic prospects of their children, and democratic processes they have spent more than two hundred years defending.

If that is not a recipe for racial animus, I don’t know what is.


Not against "black America," but against one specific black man, who is neither "African-American" nor entirely black, but is all-"red," if you know what I mean.

A pity so many whites couldn't have foreseen this outcome six years ago.  Because nothing less than 246 years of white slavery at black hands will ever satisfy Black Klansman like The One.  And even that will only be a downpayment.