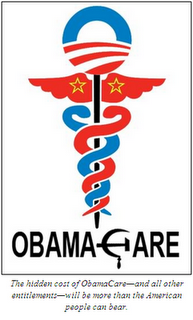 One of the advisers and architects of the Affordable Care Act, Jonathan Gruber, has created a firestorm with his comments about how the argument devised by democrats to convince the people to support Obamacare were designed to deceive, and cover up any transparency.  This was done to fool the "stupidity of the people" so that the journey to socialized medicine could be launched.  After viewing for themselves the video of Gruber calling the American people stupid multiple times, and that Obamacare lacked transparency, the GOP has invited Gruber to testify before the House Oversight Committee next month, and Mr. Gruber agreed to do just that.

By written letter Representative Darrell Issa, Republican member of the House of Representatives who represents Temecula, California and points south and west, who is the chairman of the House committee, asked Gruber and Marilyn Tavenner, the Centers for Medicare and Medicaid Service administrator, to appear and answer questions on repeated transparency failures and outright deceptions involving the Affordable Care Act. The hearing will be held Dec. 9 at 9:30 a.m.

“From the outset, the health law has been the poster child for this administration’s broken transparency promises,” Issa said in a written statement.

“Jonathan Gruber, one of ObamaCare’s chief architects, publicly lauded the ‘lack of transparency’ that was necessary to pass the law and credited ‘the stupidity of the American voter’ that allowed the administration to mislead the public,” Issa said. He added, “CMS Administrator Marilyn Tavenner testified before our Committee that the administration met its goals by enrolling 7.3 million individuals; however, we now know that wasn’t the case.”

Issa says the numbers provided by CMS were deceptive and wants both Gruber and Tavenner to explain themselves.

The Democrats, and President Obama himself, have downplayed Gruber's role in crafting the Affordable Care Act, with Nancy Pelosi going so far as to say, "Gruber who?"

However, Gruber's role was much more significant than the Democrats are willing to reveal.
In 2009, Nancy Pelosi, the woman who claimed she had no recollection regarding whom Jonathan Gruber is, touted his work, referencing his words about how the healthcare law would reduce costs, and make insurance more affordable to the public.  White House logs show Gruber visited 1600 Pennsylvania Avenue more than a dozen times and was paid $400,000 for his work on the project. Gruber also worked with the state of Massachusetts, prior to the emergence of Obama's universal health care system.  The State healthcare system in Massachusetts that Gruber worked on was implemented under former Gov. Mitt Romney.  Democrats have hailed "Romneycare" as being the model for ObamaCare.

In addition to being an architect for Obamacare, since the passage of the Affordable Care Act by Congress, eight states established with Gruber's firm six-figure contracts to create computer models, crunch numbers and analyze data to help them implement the law.  Two States, Vermont and North Carolina, have since fired Gruber and canceled the deals in the wake of a spate of videos showing Gruber saying the law was written in an intentionally obtuse manner and crediting “the stupidity of the American voter” with helping pass the law.

Gruber's testimony could very well be the beginning of the end for the healthcare law, for in the court of public opinion tyranny can be stopped before the iron claws of socialism completes its grip on the shining beacon on the hill, the exceptional place where liberty reigns, and the birthplace of the United States Constitution, if the people realize that they were lied to by the tyrants.  However, like any animal cornered, we must also remember that when the darkness of statism realizes that the battle is turning against their advances, the purveyors of progressive authoritarianism will become vicious, launching snarling attacks to protect its hold on the power and wealth of a nation.

Nancy Pelosi says she doesn't know who Jonathan Gruber is.  She touted his work in 2009. - Washington Post
Posted by Douglas V. Gibbs at 3:47 AM