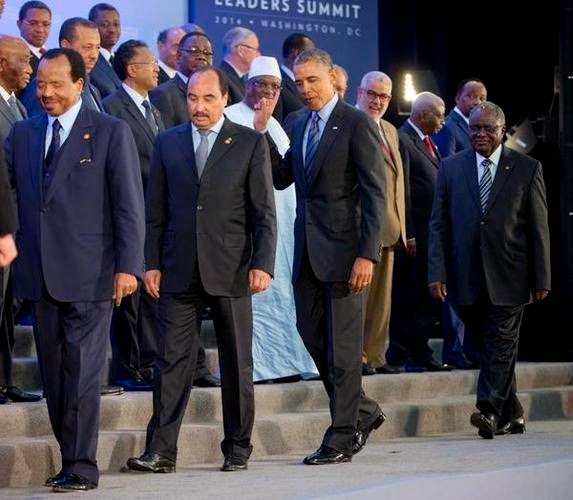 Numerous conversations I have with folks have shown me that there are a number of people out there that not only believe that President Obama is an anti-American President, but that he is a Muslim.  In the end, it is all speculation, for Barack Obama has never given anyone indisputable evidence regarding his faith, which is why Scott Walker accurately indicated he had no idea what Obama's faith is.  However, regardless of if you believe that Obama owns a Muslim prayer rug, or if you think he's a Christian with a "Reverend Jeremiah Wright" G-Damn America splash of crazy in his religious thinking, or if you support the idea that Obama is a Godless Communist that rejects faith but appeases Islam because it serves his purpose, his actions and words tell a very interesting story that suggests he personally feels hostility towards Christianity, and is sympathetic to the followers of the false prophet Muhammad.

In a recent speech, after slamming Christianity with his Crusades remark, saying that "terrible deeds also committed in the name of Christ" during a National Prayer Breakfast, President Obama also went so far as to say, "Here in America, Islam has been woven into the fabric of our country since its founding."

The statement was delivered during one of his speeches at the White House's Extremism Summit, suggesting that not only were Muslims not enemies of America, and are not terrorists, but that they played a crucial role in America’s founding.

Either, the President doesn't understand history, he subscribes to a version that is not true, or he has gotten so arrogant about his lies that he doesn't care how obvious the untruth that spills from his mouth is.

The Crusades, after all, were a response to hundreds of years of Muslim attacks and expansionism in the Holy Land, and Europe; and after the founding of the United States, our first two international wars were against Islam, in the Barbary Wars waged during the Thomas Jefferson and James Madison presidencies.

One group of people that did play a crucial role in America's founding were the Jews.  7,000 Jews were present in the United States, and almost all of them supported the drive for independence.  And when the Revolutionary War effort was suffering financially, Haym Salomon, a Jewish banker in New York, borrowed money on his credit to help to continue to finance the effort for independence.

President Obama's "Crusades" and "Islam has been woven into the fabric of our country" statements are not the first time he has patted Islam on the back for something the ideology has never done, and attacked Christianity in America.  In April 2009 he said, “Although, as I mentioned, we have a very large Christian population, we do not consider ourselves a Christian nation or a Jewish nation or a Muslim nation. We consider ourselves a nation of citizens who are bound by ideals and a set of values. I think modern Turkey was founded with a similar set of principles.”

Referencing his remarks regarding Muslim influence on the founding of America, taking historical accuracy into account, Muslims did not begin to immigrate into the United States in significant numbers until after the American War Between the States.  The first mosque did not appear until 1915.  Islam had zero impact on America's founding, aside from declaring war against the new country before the country had even convened its Constitutional Convention in 1787.

It is true that Thomas Jefferson owned a Koran.  He believed it to be important to understand the enemy.  Jefferson also hosted a dinner meeting at the White House with an emissary from the Barbary States, but it was not a social visit, but an attempt to position the Iftar into submission after the USS Constitution captured ships from the bey of Tunis during the first war with the Barbary Pirates. Jefferson's knowledge of Islam, to that point, was primarily from 1786, after Barbary pirates attempted to blackmail America into monetary tribute. At that time, the Barbary emissary justified piracy with reference to the Koran, according to a report from Jefferson:

"The Ambassador answered us that it was founded on the Laws of the Prophet, that it was written in their Koran, that all nations who should not have acknowledged their authority were sinners, that it was their right and duty to make war upon them wherever they could be found, and to make slaves of all they could take as prisoners."

"The precept of the Koran is perpetual war against all who deny that Mahomet is the prophet of God. The vanquished may purchase their lives, by the payment of tribute; the victorious may be appeased by a false and delusive promise of peace; and the faithful follower of the prophet may submit to the imperious necessities of defeat: but the command to propagate the Moslem creed by the sword is always obligatory, when it can be made effective. The commands of the prophet may be performed alike, by fraud, or by force."

Quincy Adams would later lament, “Such is the spirit, which governs the hearts of men, to whom treachery and violence are taught as principles of religion.”

The negative views of Islam were not restricted to only those early Americans.  Montesquieu wrote that the Turks were despotic. William Blackstone wrote that religion could be used for despotism, as shown by “terrible ravages committed by the Saracens in the east, to propagate the religion of Mahomet.” Thomas Paine wrote of Islam in Common Sense, but only as a reference point for despotic attempts to stifle liberty: he said that divine right of kings was a “superstitious tale, conveniently timed, Mahomet like, to cram hereditary right down the throats of the vulgar.”

The discovery of the New World by Columbus was largely because a land route was impossible pursue to the Far East, for the Muslim countries that blocked the way demanded tribute to cross their lands, and were viciously murdering travelers that refused to pay, and sometimes even murdering those that did pay.

Which means either Obama does not understand history, or he is a liar - and in either case, his actions show that he is doing what he can to be sympathetic towards Islam in today's global arena.

Other actions by the President show that he may have even deeper connections to Islam. Obama, for example, in the presence of dozens of Islamic African delegates, gave the one-finger affirmation of Islamic faith, at last August’s U.S.-African Leaders’ Summit in Washington D.C. (pictured at the beginning of this article).

When Coptic Christian women and children were kidnapped and slaughtered in Egypt, and when Christians were lined up on a Libyan beach and beheaded, the Obama administration was willing to call the action "evil," but stopped short of calling the action "Islamic."  In the case of the Coptic Christians, the White House refused to label the Christian victims as anything other than "Egyptian."  The same narrative was used with 150 Christians kidnapped from a string of villages in Syria.  "Evil" was used to describe what happened, but it was not an action the minions of Obama even considered to be connected to Islam.

Specifically regarding the Islamic State's raid of Christian women and children in Syria, U.S. Department spokeswoman Jen Psaki said that the Islamic State's “latest targeting of a religious minority is only further testament to its brutal and inhumane treatment of all those who disagree with its divisive goals and toxic beliefs."  She then went on to declare, "ISIL continues to exact its evil upon innocents of all faiths and the majority of its victims have been Muslims."

Ms. Psaki also said that the United States was fully committed “to leading the international coalition to degrade and defeat ISIL and to working towards a negotiated political solution that stops the bloodshed and secures a future of freedom, justice and dignity for all Syrians.”

But the problem is not just ISIS.  The problem is Islam, and jihad is being waged by many more groups other than the Islamic State.

How can you fight a war against an enemy if you are not even willing to admit who the enemy is, or from where their motives originate?

The Obama administration does not see Islam as an enemy.  Remember, the administration has declared that the hoax of man-made global warming is a greater danger to worldwide safety than terrorism, and have shown time and time again that they believe the greater threat to America is Christianity, conservatives, and gun owners, rather than the Islamic Jihad.

While groups like the Islamic State has been slaughtering Christians because they are Christians, be it on a beach in Libya or a town in Nigeria or the CAR, Chad, Niger, Iraq, the Philippines, Thailand — following their religious imperative to “Slay the unbelievers wherever you find them” (Quran 2:191), the Obama administration refuses to call them what they are. . . but don't be fooled.  The stance of the White House is not driven by political correctness, or an attempt to be sensitive to those they believe to be peaceful Muslims (as they are telling us).  By his actions, Obama is using the language he uses, and is taking the actions he is taking, in order to empower Islam, to support the jihad, and side with them in their slaughter of non-Muslims.

George W. Bush fell into the trap of being careful with calling the attacks "Muslim" because he was a fool on that particular issue.  Obama is careful about using the Islamic label because he wishes to either appease them, or support them, in their bloody endeavors.

And as all of this happens, not one reporter has challenged the White House on this.  Online bloggers are willing to, but not the media. . . which is a part of the reason why Obama's FCC decided to seize control over the internet.

Gov. Scott Walker: I don't know whether Obama is a Christian - Washington Post

Obama: Islam Woven into the Fabric of Our Country Since Founding - Breitbart

America's Special Relationship With Israel. . . From The Beginning - Political Pistachio

Jen Psaki on Islamic State abduction of 150 Christians: "It's Evil, but it's not Islamic" - Pamela Geller, Atlas Shrugs
Posted by Douglas V. Gibbs at 7:37 PM

Is Obama a Muslim, I have no idea, But he has done more to help/support the radical Muslim terrorists than anyone who is a radical muslim, His goal is to allow evil to grow in the world, If this was a "Star Trek"show he would have been the continuation of Hitler.