Is The Army Of The Twelve Monkeys Real? 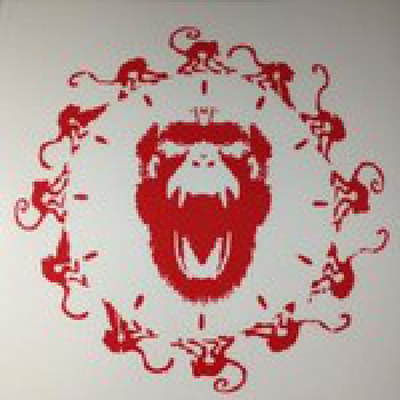 It's either that, or we're back to the endless question of whether the Obama Regime is "incompetent" or malevolent:

A dangerous, often deadly, type of bacteria that lives in soil and water [Burkholderia pseudomallei] has been released from a high-security laboratory at the Tulane National Primate Research Center in Louisiana. Officials say there is no risk to the public. Yet despite weeks of investigation by multiple federal and state agencies, the cause of the release and the extent of the contamination remain unknown, according to interviews and records obtained by USA Today. [emphasis added]


Meaning they have no idea what the degree of risk to the public is of the contagion they've either bumblingly or deliberately unleashed, yet are insisting that there's nothing to see here, so kindly move along until you get sick and keel over dead.

And this is just the latest in a serious of such "mishaps":

The safety breach at Tulane's massive lab complex thirty-five miles north of New Orleans is the latest in a recent series of significant biosafety accidents at some of the most prestigious laboratories in the country where research is performed on bacteria and viruses that are classified as potential bioterror agents.

"The fact that they can't identify how this release occurred is very concerning," said Richard Ebright, a biosafety expert from Rutgers University in New Jersey, who testified before Congress last summer in the wake of lab incidents at federal agencies involving anthrax, smallpox and a deadly strain of avian influenza. [emphasis added]

Oh, and this Burkholderia pseudomallei outbreak?  It's had three months to spread God knows how far, because public officials don't have any [BLEEP]ing idea:

The Tulane incident involves the release, possibly in November or earlier, of a bacterium called Burkholderia pseudomallei, which is primarily found in Southeast Asia and northern Australia and is spread to humans and animals through direct contact with contaminated soil and water where it can live and grow.


And, of course, soil and water are pretty much....well, everywhere.

Tulane's research, which has been halted by federal officials, was part of an effort to develop a vaccine against the bacteria. It was conducted mostly with rodents inside a secure biosafety level-3 laboratory with multiple layers of safety equipment that were supposed to ensure the pathogen couldn't get out.

Yet at least four monkey-like rhesus macaques — that were never used in the experiments and were kept in large outdoor cages in another part of the 500-acre facility — have been exposed to the bacteria, initial tests have found. Two of the macaques became ill in November; both eventually had to be euthanized. Meanwhile, a federal investigator, who became ill twenty-four hours after visiting the facility in January as part of the ongoing release investigation, has also tested positive for exposure to the bacteria — though it remains unclear whether her exposure may have occurred during international travel and not at the lab.


Oh, I don't think it "remains unclear" at all.  They just want the public to think it is.  Perhaps the same thing goes for their professed ignorance about this Burkholderia pseudomallei outbreak as well.  Maybe it was deliberate; maybe this series of such incidents - which hardly seems to be accidental when taken in toto - are "dry runs" for yet another Obama "fundamental transformation" avenue that would provide him with his long-sought bookend Final Crisis to exploit.

Or there's always the possibility that jihadist infiltrators are involved in at least some of these "accidents".  Maybe some were raids in which Islamic terrorists obtained one or more pathogens in order to weaponize them if they weren't already.  You have to admit, as hardy a bug as Burkholderia pseudomallei is, it wouldn't take much effort to deliberately spread it across a large metropolitan area in a short span of time.

But if paranoia doesn't float your boat, you still have to acknowledge that even if these "incidents" are just a random serious of incompetencies, they can certainly be exploited to nefarious ends, and the more of them that take place, the more likely it is that they will be.

And we don't even have James Cole and Cassandra Railly....

My advice?  Stay away from water and dirt.  Mud, especially.  It may be our only hope.