The Belly of the Beast in a Depraved Society 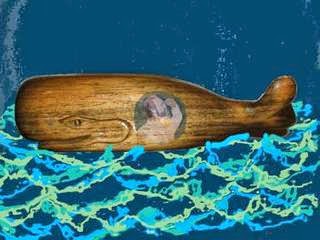 The Festival of Books at the University of Southern California (USC) is among the largest of the open-air book sale events in the State.  The cost to have a booth is high, and the ideological pendulum swings way left, treading deeply into the totalitarian depths of leftwing politics.  The other booths in our vicinity included communists, socialists, a group called "Atheists United," mysticism, and black magic.  Near us, at the poetry stage, at one point a speaker discussed the dangers of Christianity, and how "reading the Bible makes you a hater."

On the first day, as I stood with a handful of red, white and blue bookmarks proclaiming constitutional originalism, and handing them out to as many folks as I could, a man walked up, eyeing our Grand Union Flag, and the covers of my books on the Constitution, and he asked me, "What do you fancy yourself to be?"  I responded, "An expert on the Constitution."  "No you're not," he replied, before rushing away.

During last week, following our couple days dwelling among the hard left academics of USC, the daily news was filled with stories of violence, and division.  A President that acts as king, surrounded by a ruling elite that is so out of step with the rest of America that the lurch into oligarch rule is even obvious to their minions in the press, gathered for a correspondence dinner that was nothing more than an orgy of narcissism and self-aggrandizing.  In Baltimore a riot based on racial division broke out, once again revealing how people can act more like vicious animals than civilized human beings when goaded by a regime fueling class warfare.  The federal court system is on the cusp of inserting federal dictates normalizing homosexuality, without constitutional authority, and in defiance of State Laws passed to the contrary on an issue that belongs constitutionally to the States.  Nations like Greece continue to teeter towards bankruptcy as a result of socialism's "redistribution of wealth" that creates dependency upon government, as America seeks to embrace the very same economic system of bondage that led those nations towards collapse, but have convinced the uninformed that prosperity begins with gifts from the treasury, stolen by government from the producers in society.  A false science (loaded with evidence of tampering and model manipulation) claiming that humanity's use of energy and release of carbon into the atmosphere (less than 1% by mankind of the total) is capable of altering global temperatures and driving humanity into extinction if the public doesn't do as they are told by government, is not only being used in a totalitarian manner, but those that dare to doubt the ruling elite's claims of climate change are being threatened and forced into compliance whether they like it, or not (despite the overwhelming scientific evident that the warming and cooling of the Earth is the result of natural cycles, largely attributed to solar activity) through accusations of being "Climate Change Deniers" (a linguistic stigma borrowed from the phrase "Holocaust Deniers") and through the threat of withholding federal funding.  The federal government, who is tasked with securing the national borders as per Article IV of the United States Constitution, refuses to do so, as the threat of Islamic Terrorism continues to rise, and as ISIS (Islamic State) zeroes in on committing terrorism inside the United States (with a base of operations mere miles from Texas in Mexico - and with 36 Islamic training facilities within the United States).  Meanwhile, not only is Russia expanding into Europe by military force (without any worry of American intervention), but is hacking into American government computers.  We have National Guardsmen selling guns to the Mexican Cartels, and police forces repeatedly being caught physically beating members of the public (all on video for the world to see).  Riots are on the rise, and equipment that is increasingly more militaristic is emerging in various police departments around the country.  Some folks defend the militarization of the local police forces, asking "Do you blame them?"

The madness is worsening, and the only way to control it, the leaders tell us, is with more government control.

The problem, however, goes much deeper than what we see on the surface.  The Founding Fathers understood which bricks to use to establish a foundation of liberty, and Alexis de Toqueville recognized that foundation when he visited the United States from France during the 1830s.  Alexis de Toqueville observed that the politicians prayed, and the pastors preached politics, yet neither group controlled the other.  America, he determined, is great because America is good.

Benjamin Franklin presented the truth of liberty in a simple and forthright manner.  "Only a virtuous people are capable of freedom."

Samuel Adams seconded what Franklin had to say, calling the freedom in America "...the gift of heaven" and that if we were to enjoy that liberty, "let us become a virtuous people; then shall we both deserve and enjoy it."

John Adams was even more direct, explaining that "Our Constitution was made only for a moral and religious people.  It is wholly inadequate to the government of any other."

George Washington said in his Farewell Address that, "Religion and morality are indispensable supports... where is the security for property, for reputation, for life, if the sense of moral and religious obligation desert the oaths which are the instruments of investigation in courts of justice?"

The Roman Empire collapsed from within due to the depravity of society, and the demand for more power by the rulers.  Greece toppled for similar reasons, as has every great society in history once the rule of law, and the morality of the people, were abandoned.

Benjamin Franklin warned, "As nations become corrupt and vicious, they have more need of masters."

Samuel Adams revealed, "If we are universally vicious and debauched in our manners, though the form of our Constitution carries the face of the most exalted freedom, we shall in reality be the most abject slaves."

Thomas Jefferson took it a step further, not only believing that a society must be virtuous to be free, but that the virtuous members of that society must participate in the workings of the system.  "We in America do not have government by the majority -- we have government by the majority who participate... All tyranny needs to gain a foothold is for people of good conscience to remain silent."

But, who are these people of good conscience, and why do they become silent when tyranny is on the march?

The forces that oppose liberty, the Constitution, and the Godly morality of the majority, uses fear to slam their agendas into place.  Language is manipulated, and society is segmented into rival divisions.  Humans naturally congregate with that which is familiar to them, but an even stronger impetus can encourage humans to congregate with the unfamiliar.  That impulsion can be redirected through fear, or the panic that one may be left alone in his beliefs as societal ideas shift and redirect based on political influence.

Remember, our enemy is deceitful, dishonest, and has an agenda rooted in control, and the destruction of all that is good and moral.  If we fail to keep our feet grounded in God's truth, all of our political strategies will be all for naught, and the corrupt will gravitate towards positions of power, and positions in law enforcement, leaving us alone in our quest to preserve liberty, and ruled over by an enemy that believes the American System of liberty must be destroyed.

Nerd Prom is a Mess - Politico

If Greece falls, no one wants their prints on the murder weapon - Yahoo News