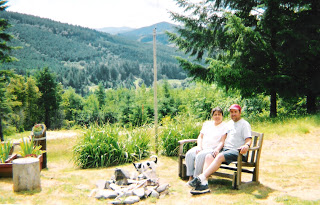 In Oregon I have a piece of property that has a lovely creek that runs through it.  Most of the year it is about four feet wide, and four feet deep full of cool, clear, water.  Sometimes, there are finger-length fish swimming in it.  Seven properties sit along that creek as it works its way from the mountains to a major river that eventually runs into the Pacific Ocean.  Mine is the third to last property along the creek's trek, and there is always plenty of water to draw from through our well.  Thanks to the creek, the property that offers rural living in the hills near the Oregon Coast includes no water bill, just the need to use electricity to enable the pump to send the water up the hill to the house.  President Barack Obama, and the statists in Washington, D.C. want to change all that.

Like many of the other things King Obama does, he is disregarding the United States Constitution, Congress, the courts, the States, and We the People, and the Obama administration is taking upon itself the opportunity to seize dominion over all of America’s streams, creeks, rills, ditches, brooks, rivulets, burns, tributaries, criks, wetlands — perhaps even puddles — in a sweeping move to assert unilateral federal authority.

This is being done through the Executive Branch regulatory agency, the Environmental Protection Agency (EPA), along with the Army Corps of Engineers.  They unconstitutionally claim they have the authority to control all waterways within the United States — and will exercise that authority. . . whether you like it, or not.

"You don't need no stinkin' property rights," I guess they are trying to tell us.

The Founding Fathers, who would already be disgusted about the tyrannical size of the federal government, would be especially disgusted by this totalitarian move that is being done in the name of saving the planet, and keeping those little piss ant citizens in line with the demands of an oppressive, authoritarian regime.  Remember, whatever you can screw up, the federal government can screw it up better, and they are constantly poised to prove it.

“We’re finalizing a clean water rule to protect the streams and the wetlands that one in three Americans rely on for drinking water. And we’re doing that without creating any new permitting requirements and maintaining all previous exemptions and exclusions,” EPA head Gina McCarthy told reporters last Wednesday.

The move comes as part of the Clean Water Act and federal officials say they are simply trying to help businesses comply with regulations.

“This rule is about clarification, and in fact, we’re adding exclusions for features like artificial lakes and ponds, water-filled depressions from constructions and grass swales,” McCarthy said. “This rule will make it easier to identify protected waters and will make those protections consistent with the law as well as the latest peer-reviewed science. This rule is based on science.”

You know, the same science that relies on the manipulation of data, and lying to the public, while claiming that the science over global warming is settled as the warming trend comes naturally to an end, and as the sea ice in Antarctica expands.

I wonder how long it will be before they put a water meter on my well, and a governor on it to make sure I don't pull more water out of it than they are willing to allow.  You know, so that we can save polar bears, Delta Smelts, and a few political careers.

By the way, if you want to see how well the liberal left statist progressive socialist commie Democrats run a bureaucracy regarding water, just ask Californians.  After decades of the Democrats refusing to build more reservoirs and water transportation systems, while limiting the amount of water or facilities Southern California can have, and denying desalinization plants (you know, like Israel uses that turned their barren desert into the most lush area in the Middle East) through environmentalist laws and litigation against every project, when a real drought showed up, now the water-nazis are forcing restrictions on Californians, and there is not enough water (we are being told) to go around, so buckle up even more - unless you are a liberal left elite. . . more on that in a moment.

The courts, including The Supreme Court, has told the Executive Branch it has no authority to seize the powers they are seizing in relation to the Clean Water Act.  Then again, Obama was told by the courts that his self-proclaimed Amnesty is outside his authorities, and it hasn't stopped him.  In fact, the whole Constitution tells him that most of what he does is illegal, and that doesn't stop him.  Regardless of two Supreme Court decisions telling the EPA to back off, the Obama administration claims the new powers they have just added to their cauldron of spells would “not interfere with private property rights or address land use.”

“It does not regulate any ditches unless they function as tributaries. It does not apply to groundwater or shallow subsurface water, copper tile drains or change policy on irrigation or water transfer.”

Senator Barbara Boxer of California, a Democrat fully aware of California's politically induced drought problem, and the top Democrat on the Environment and Public Works Committee, supports the power grab by the Obama administration, irregardless of Congressional involvement, and irregardless of the authorities granted by the United States Constitution.

“The Obama administration listened to all perspectives and developed a final rule that will help guarantee safe drinking water supplies for American families and businesses and restore much-needed certainty, consistency, and effectiveness to the Clean Water Act,” she said in a statement.

House Majority Whip Steve Scalise, Republican, doesn't agree, and said, “EPA’s attempt to redefine ‘navigable waterways’ to include every drainage ditch, backyard pond, and puddle is a radical regulatory overreach that threatens to take away the rights of property owners and will lead to costly litigation and lost jobs. The House is committed to fighting back against this radical policy, which is why we passed bipartisan legislation earlier this month to stop the EPA in their tracks from moving forward with this misguided proposal. It’s time for President Obama’s EPA to abandon these radical proposals, all in the name of protecting wetlands and waterways, that instead will only lead to more American jobs being shipped overseas at the expense of the American economy.”

By the way, here in Southern California, where my primary residence is, I am still fighting the city over a fine they issued, because my lawn died when I quit watering it, during our drought, because city ordinances require 20% living vegetation in a yard, and if you have a lawn, the grass must be living, and be at least 80% of the makeup of the lawn.

In 2010 I was warned by code enforcement regarding a different infraction.  After watering my lawn some of the water got on the sidewalk.  My neighbor also got a warning, because he was underwatering, and his lawn was overly brown.

The celebrity's lawns, you know, of those hard left liberal Hollywood types, look really green, and their watering has not tapered a bit.  The law doesn't apply to you when you are a member of the liberal left elite, apparently.