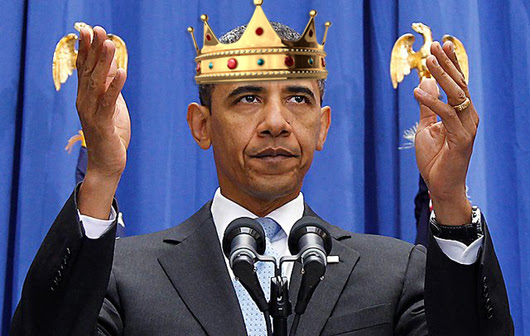 The most royally opaque administration in American history:

The Obama administration is threatening to roll back more than thirty years of policy that has allowed government watchdogs access to records in order to conduct internal investigations, the New York Times reports.

"It’s the complete evisceration of the concept. You might as well fold them down," Paul Light, a New York University professor who has studied the system told the Times. "They’ve become defanged."

At least two government investigations have either been slowed or shut down because the White House has withheld records, the Times reports. “This is by far the most aggressive assault on the inspector general concept since the beginning,” said Light, and Peace Corps inspector general Kathy Buller said it "runs against transparency."


Basically, this is The One's penchant for stonewalling and obstruction of justice writ large.  It's no longer about a particular scandal; it's about EVERY scandal, EVERY investigation, EVERY probe.  It's universal.  It's royal privilege.  "You don't need to know, because a god is not accountable to his subjects."  Try to hold him accountable anyway, and that's "blasphemy," "sedition," "treason".  After seven years of this tiresome, tyrannical twaddle, we all should have grown accustomed to it by now.

But there's no shortage of irony to it either; it is, in fact, the logical terminus of leftwingnut "government reform":

The 1978 system was created after Watergate and now includes watchdogs from some seventy-two federal agencies, reports the Times. They have published thousands of reports on government abuse, and tension has grown between the[m and the] Obama administration.

Everybody except the inspectors-general, evidently, who are all now jointly and severally obstacles to The One's royal prerogatives.  So they must be hindered and obstructed and stonewalled and thwarted at minimum.  The next step will be firing them all and eliminating their positions for their seditious effrontery.  And after that....well, I think we know what would come next.

It's as I've been saying for years: Right tribe, wrong tribe; penthouse, outhouse.  They are entitled to lawlessness, we must be held hostage to "Cardassian justice" (i.e. guilty with no possibility of innocence).  A maze of intractable one-way streets.  And it will never change.

In still other words, welcome to "social/racial/economic/etc. justice".

I don't call it the Commissariat of Injustice, Revenge & Coverups for nothing.