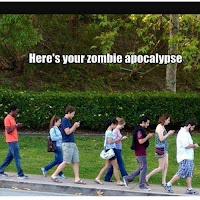 The Democrats have created a nation divided.  We have become divided and violent.  Divide and conquer, I suppose.  The battle lines have been drawn using accusations of racism, sexism, gender bigotry, homophobia, and Islamophobia.  And now, as we approach Memorial Day, hate against our veterans, and those who gave their lives for freedom, is rearing its disgusting head.

In Florida, a 91 year old World War II Veteran who flew bombing raids over Nazi-occupied Europe was attacked by a 45 year old caregiver who attempted to murder the World War II veteran by beating him in the head with his oxygen tank.  Mr. Michael Nicholas Tristino has known the caregiver for at least a decade.  She left him on the floor of his home to die on the night of May 15.

On May 20, Tristano was in good enough health to speak with the detectives. He said that the night he was attacked, he and Erickson were arguing about her payment.  He also had wounds to his wrists and forearms.

“The North Port Police Department considers crimes against children and the elderly to be some of the most severe,” city spokesman Josh Taylor said. “The public should know these types of crimes come with increased penalty enhancements. In this particular case, Erickson could receive up to life behind bars.”

In Venice, California, vandals defaced a memorial to Vietnam war veterans, covering it with graffiti from end to end.

The memorial was dedicated to service members who were listed as missing in action during the Vietnam War.

In Kentucky a Memorial Day cross display was damaged by a driver who drove his vehicle through the crosses.  An estimated 160 crosses need to be repaired or replaced.  The display honors the names of more than 5,000 who served in conflicts dating back to the Revolutionary War.

Volunteers and the American Legion put the crosses up in May each year for a Memorial Day remembrance ceremony.

The driver is believed to be a local 27-year-old resident.

In the State of Virginia a portion of the Petersburg National Battlefield have been vandalized.  A number of places at the site have been dug up.

Petersburg National Battlefield is a 2,700-acre park, about 26 miles south of Richmond, that marks where more than 1,000 Union and Confederate soldiers died fighting during the Siege of Petersburg 151 years ago.  It is believed the diggers were attempting to locate relics such as buttons from uniforms, bullets, artillery shells and other historic items. They often sell their loot online because there is a market for Civil War relics.

-- Political Pistachio Conservative News and Commentary
Posted by Douglas V. Gibbs at 12:08 AM