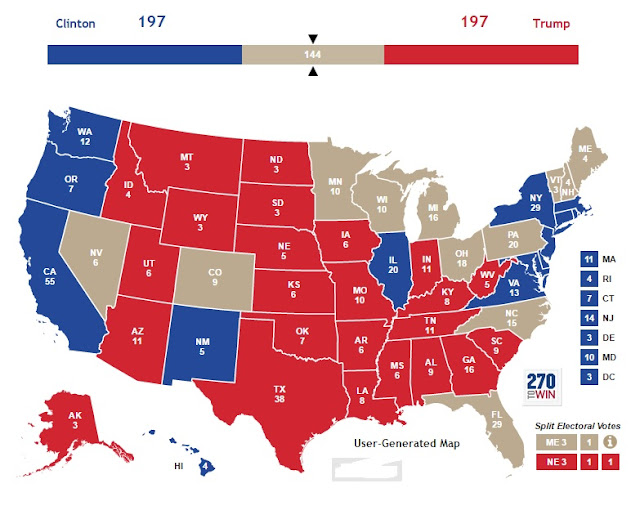 Despite the mainstream media's frantic attempt to ignore and cover-up the crimes and untrustworthiness of Hillary Clinton, the rising mountain of new information as we approach the election in the last days of October have caused a great deal of damage to the Democrat Party's attempt to keep the White House in their clutches.

The sudden emergence of Anthony Weiner's computer, which it turns out is filled with 650,000 emails that the FBI feels needs to be investigated, returns voters to questioning the relationship between Hillary Clinton and her top aid Huma Abedin, and how deep the rabbit hole goes when it comes to the Democrat Party presidential nominee's willingness to place the national security of the United States at risk for her own political and financial advancement.  The interest in Abedin's estranged husband's computer was triggered by an investigation into Weiner's alleged activities of sending sexual messages to a fifteen year old.  While searching the computer for child pornography, investigators stumbled upon the hundreds of thousands of emails either sent to, or sent from, the private email server of Hillary Clinton while she was Secretary of State.

While the Clinton Campaign states the emails are duplicates of what has already been revealed, the FBI says it will take weeks to confirm that.  An extensive combing of the emails is necessary so as to determine if in those emails either classified information or important new evidence in the Clinton email probe are contained within them.  Even then, the start of the probe into the emails was delayed by the need for a court order.


Within the FBI itself there is now an internal battle regarding whether or not to proceed, with the Department of Justice head Loretta Lynch remarking the timing during a national election campaign makes the probe inappropriate.  The infighting in the FBI also reminds us about the fact that Andrew McCabe, the second in command at the bureau, is married to Jill McCabe who received $467,500 in campaign funds in late 2015 from the political-action committee of Virginia Gov.Terry McAuliffe, a longtime ally of the Clintons and, until he was elected governor in November 2013, a Clinton Foundation board member.

The appearance of financial crimes and influence-peddling regarding Hillary Clinton and the Clinton Foundation has Democrats scrambling for cover, denying any wrong doing.

Or as Dinesh D'Souza said in his film "Hillary's America," when caught they "Deny, Deny, Deny."

A recent survey shows that the Email scandal has been damaging to the Hillary Clinton presidential campaign, with 45% saying that the scandal is worse than Watergate, and 61% saying that they fear that a probe of Hillary's criminal activity will drag into White House if she is elected.  Meanwhile, Hillary Clinton's unfavorable rating has hit a new high.  60% of voters say they view Hillary Clinton unfavorably according to a ABC News/Washington Post poll released Monday morning.

Even the mainstream media has been unable to fully shield Hillary Clinton from the emerging information, largely because of the alternative media reporting the news on the internet.  Encouraged by the fact that Hillary Clinton is off-balance and back-pedaling the Trump Campaign is targeting swing States and blue States during the final week before the federal election.

Trump held rallies Sunday in Colorado and New Mexico, and he was scheduled to make two stops Monday in Michigan — and visit Wisconsin the day after that.

Clinton, meanwhile, is focusing on shoring up turnout and enthusiasm, particularly among minority voters, in such critical battlegrounds as North Carolina, Florida and Ohio. Early voting data from Ohio contains ominous signs of a lack of enthusiasm for Clinton, notably in places such as Cleveland’s Cuyahoga County, where high black turnout propelled President Obama to victory in 2008 and 2012.

The Trump camp is working to bring home GOP voters, while also hoping that a turnout of independents and blue-collar workers could bring new states into play beyond Pennsylvania, Nevada and Colorado — Democratic strongholds where Trump has been campaigning for months but according to mainstream media polls he remains behind in.  In Colorado surveys are showing that Trump has been successful in creating doubt and skepticism about Hillary through his claim that the system is rigged and that she is crooked.  Even the media's polls show Colorado may not be as solid for Hillary as the Democrats desire, possibly making the State a toss-up State.

In swing States, Republican leaners who have been hesitant about Trump, with the resurrection of the FBI investigation into Clinton’s email scandal, are considering coming home to the GOP nominee.  In Vermont the heavy write-in vote for Bernie Sanders may split the blue State's Democrat Party vote, giving the State to Trump.  According to Politico, even Michigan might be in play.

On the map at the top of this article we must if we may be seeing the gray States go red on November 8th?