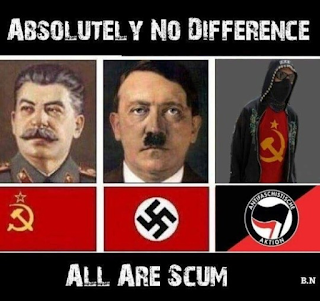 Hegelian Dialectic and the General Will - working hand in hand.  The assault on our history, an assault on liberty, and a desire to erase American History, especially regarding the War Between the States, is not only an attempt by the liberal left Democrats to erase their fingerprints from the racism, but also to create a problem, create an opposition to the problem, and then establish a governmental solution.

Georg Wilhelm Friedrich Hegel was a German philosopher, and a major figure in German Idealism. Georg Hegel was born on August 27, 1770, in Stuttgart, Germany, and died on November 14, 1831, in Berlin, Germany.  Hegel was a man who Karl Marx idolized.  Hegel established the recipe for revolution, and the Democrat Party leftists are following it to a tee.  Charlottesville was an attempt to heighten the chaos.  The demands to tear down confederate symbols are also a part of the process.


There have been four arrests in the wake of the vandalism of a Confederate statue in Durham, North Carolina.  Takiyah Fatima Thompson, Dante Emmanuel Strobino, Ngoc Loan Tran and Peter Hull Gilbert have all been arrested in relation to the unlawful tearing down of the prominent Durham statue.  The were charged with disorderly conduct by injury to a statue and damage to real property, which are both misdemeanors, and participation in a riot with property damage in excess of $1,500 and inciting others to riot where property damage exceeds $1,500, which are both felonies.

Three of them are confirmed members of the Communist Party.

The protests were organized in large part by the communist Workers World Party, which the arrested members belong to.

The Workers World Party is fighting to bring about a socialist America.

The party is active in the Black Lives Matter movement and supports the struggles of the lesbian, gay, bisexual, transgender and queer community. The group says they're “dedicated to organizing and fighting for a socialist revolution in the United States and around the world.”  The group said it destroyed the statue hoping to “take down white supremacy.”

The Bolsheviks also supported immigrants, minorities, and homosexuals before the Russian Revolution. Once the Soviet Union was established, all members of those groups were targeted for termination and slaughtered without mercy or remorse.

The groups the liberal left Democrats and communists support are simply pawns, a pathway to power, who will be disposed of once they reach their communist dream in America.

Statues of George Washington and other Founding Fathers is next.