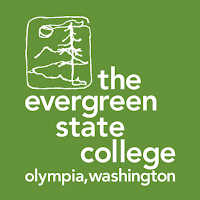 Washington's Evergreen College in the State's capital city of Olympia has gotten worse.

A year ago the leftist progressive students at Evergreen State College protested fellow Democrat hard left progressive biology Professor Bret Weinstein.  Why?  Did he say something that they disagreed with?

Did he commit some kind of unforgivable crime?

Was he being investigated for some kind of impropriety?

They were protesting against him because he's white, and on their "day of absence," during which the students demanded that all white people leave the campus, Professor Weinstein refused to do so.

As a result, the protesters, roamed campus with baseball bats, disarmed campus police, and held the university president hostage, based on the color of people's skin.

Racism, at its highest.

Every action has a consequence.

In the end, we are reminded once again that the most powerful court in the world is the court of public opinion, and that in a free market society if you piss off the consumers, business will go down the tubes.

-- Political Pistachio Conservative News and Commentary
Posted by Douglas V. Gibbs at 6:43 AM