Democrats: From Democracy to Socialism 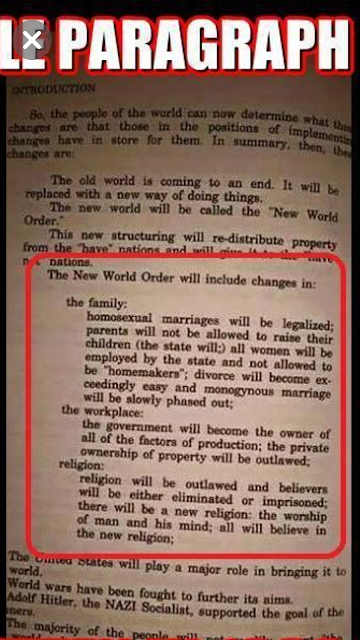 The Democrats began dancing with socialism during the late 1800s.  They were mesmerized by the Fabians.  By the time Woodrow Wilson came along, they were lost to the wiles of communism.  They had called themselves progressives, but their failed policies forced them to grab on to the more popular term "liberals," of which had previously been a label used by those who supported constitutionalism.

When Donald J. Trump emerged on the scene, after eight years of a nightmarish journey with Obama to fundamentally change America, the choice was clear.  More socialism and corruption with Hillary Clinton, or an unorthodox pragmatic businessman who loves his country and could care less about parties and allegiances.  All he cared about was making America great again, and he was convinced that socialism was not an acceptable ingredient in his free market plans.  In the beginning, many of the supporters of Donald J. Trump weren't sure what they were getting, but their worry about socialism was greater than any fears of the unknown regarding candidate Trump.

Trump's supporters are still concerned.  They know that the coup being waged by the Democrats against the U.S. Constitution is still going on.

A part of their concern is the rise of New York’s Alexandria Ocasio-Cortez who won unexpectedly in the primary election over incumbent Democrat Representative Joseph Crowley.  She's a proud member of the Democratic Socialists of America (dirty little secret that Trevor Loudon exposes with Enemies Within . . . a large number of prominent Democrats are also members of the DSA). 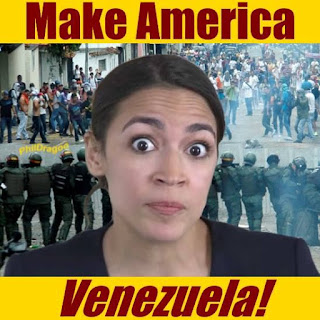 Ocasio-Cortez embraces the socialist ideology in ways that are even more sinister than Bernie Sanders (I think he's just better at hiding how radical he truly is).  They both call for the socialist ideas of bigger government, government funded education, and publicly funded health care.  Her ideas, however, go beyond socialism.

She is slamming military spending and is calling for a redistribution of those funds to unconstitutional government programs, she is anti-Israel and believes the Jewish people are occupying Palestinian lands, supports increasing taxes (especially those at the top of the progressive taxation chart), is calling for universal health care, "free" college, says we should cancel Puerto Rico's debt (and erroneously believes we took over the U.S. territory by force), and when asked how she planned to pay for her leftist socialist dreams by Trevor Noah (a fellow lefty, and host of The Daily Show), she really didn't have an answer except for soaking the rich (make the powerful and wealthy pay their fair share) which is Marxism language for "destroy all wealth and force everyone into a position of dependency upon the government.  She has launched all kinds of false accusations against any members of the opposition, and when necessary, changes the text of her bio to hide her true communist ways.  Like Karl Marx, Ocasio-Cortez believes all dissent should be silenced (especially when it comes to health care). 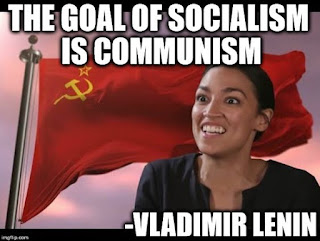 The Democrats, through their domination of the education system, have created the monster they wanted.  The truth is, the Democrat leadership and pretty much all of their minions in the education, entertainment and judicial systems are all dominated by communists.  They believe in the socialist Marxist dream that has failed over and over again, yet they've got these young minds who know no better believing it can work because they've been told so by their Marxist educators.  The Democrat Party's "for the people" slogan ought to be "Workers of America Unite" with a big red fist next to it.

The Democrat Party's love of socialism, and the ideas that Ocasio-Cortez has in the hopes of sending America on a path to socialism, would bankrupt the country and extinguish the shining beacon on the hill that America has been.

As some Democrats try to distance themselves from Ocasio-Cortez, the reality is, she is simply making known publicly what they all truly are.