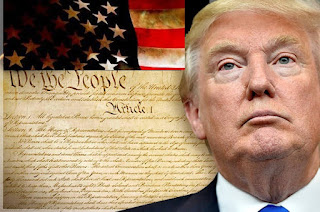 -- Political Pistachio Conservative News and Commentary
Posted by Douglas V. Gibbs at 8:32 AM

We must not look at this as a defeat. Every battle has drawbacks but winners get back up and continue the good fight. The next two years will be a time for the Democrats to show their colors to the American people and we patriots must be ready to step in and stand behind our president. It will be a time to gather strength and rebuild our movement. Let them run their useless investigations and issue their worthless subpoenas. It will make them feel good while we gird our loins and prepare ourselves for the real battles that lie ahead.
God bless President Trump and God bless America.

Here we are more than 2 years later; massive election fraud - The election was stolen, Joe Biden is president, and he is undoing every thing he can that President Trump accomplished. Our economy is headed for the dump. and Oh Yes, we have a vice President that is not eligible should the need arise for the Vice President to become President. see 14th Amendment.
Article II, sec 1, (Paragraph 5) "No person except a natural born Citizen..." meaning: one must be a citizen at the time
of birth. Kamela Harris was NOT, Therefore she was not subject to the jurisdiction of the United States. To be a Citizen at the time of birth, both parents must be citizens...They were not.