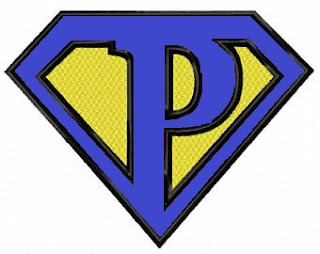 Timmy was a Boy Scout learning knots from his grandfather in the back yard. Grandpa was explaining the similarities between a sheet bend, used to join two ropes, and a bowline making a loop by joining the end of a rope back into itself - it is the same basic knot with different applications. They couldn’t see the figure dashing into the politically correct transgender outhouse on an elementary school construction site down the block, then bursting out wearing a costume.

Grandpa had Timmy tie a bowline, then said “Do you know how to make a dragon bowline?” Timmy shook his head, whereupon Grandpa tied another bowline, threw the loop on the ground and started dragging it through the yard by the tail. Timmy’s eyes rolled at the ancient lame joke, then suddenly widened.

Grandpa turned and saw a glowering figure wearing black yoga pants, tie dyed t-shirt with a lower case “p” on the chest, tire tread leather sandals with no socks, black bandana mask, hoop ear rings, and a towering man bun hairdo. True to superhero form, he wore his underwear on the outside – a periwinkle blue Victoria Secret thong with a little pink heart on the tiny frontal patch. He also wore a cape filled out with a monarch butterfly pattern.

Grandpa gasped “who or what are you?” The figure shouted “I am Progressive Man - defender of law and order, champion of equal rights, valiant, courageous fighter against the forces of hate and prejudice who fights a never ending battle for truth, justice and the American way.” Progressive Man wiped off the spittle that dripped under his mask on his chin and throat with the palm of his left hand.

“Why are you trespassing in my back yard?” queried Grandpa. Progressive Man replied “First, there is no such thing as private property, that is a construction of white privilege to oppress people of color. Second, I got it from anonymous sources that you made that noose you are holding as we speak and I’m here to right that systemically racist wrong.” Grandpa looked at his creation then back and said “This is a rigging knot, widely used for thousands of years to accomplish work, not execute people. This is not a hangman’s noose, and it makes no difference if I did make a hangman’s noose.”

Progressive man growled “You are a racist piece of s**t who needs to check his white privilege.” Grandpa had enough and shouted “Get out of here - I’m calling the police” whereupon Progressive Man whipped out a can of bear spray, squirted Grandpa in the face, kicked Grandpa in the testicles, and when Grandpa doubled over in pain Progressive Man hit him execution style on the back of the head with a bicycle lock.

As Grandpa was writhing convulsively on the grass, Progressive Man said to Timmy “He needs to learn tolerance”, smacked Timmy a few times for good measure, spray painted his moniker on the house and fence, shouted “social justice has been served,” then turned and scurried away.