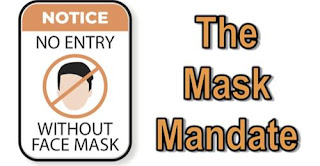 By Douglas V. Gibbs
Author, Speaker, Instructor, Radio Host
COVID-19 has been among the big stories of 2020, and continues to be one in 2021.  The false narrative of it being a killer pandemic capable of killing millions and millions of people has been a political push for political reasons from the very beginning.  According to the CDC, less than 10,000 have actually died from COVID-19 only.  Nonetheless, the Democrats screamed until the blood vessels were popping out of their necks that the deadly disease (after they claimed it wasn't deadly) had been mishandled by Trump, and that blood was on his hands, as a result. Therefore, the Democrats, under the leadership of President Joseph "Creepy Joe" Biden, would use the power of the government to eradicate this enemy, properly handle the emergency, and in the end make sure the crisis does not go to waste.
During the campaign season prior to the sham election that placed the confused pedophile liar in the White House, Biden was claiming he would have the authority as president to impose a nationwide mask mandate, and he was planning to do just that.  Biden talked for months about forcing Americans to cover their faces in public. "I would insist that everybody out in public be wearing that mask," he said in a June 25 interview on a local station in Pittsburgh.  "From an executive standpoint….I would do everything possible to make it required that people had to wear masks in public."
Biden's authoritarian promise resurfaced at the Democratic National Convention. "If I'm your president," he said, "on day one we'll have a national mask mandate."

Just prior to his inauguration he said he had been consulting with his legal advisers about an executive order that would mandate masks in states that have not imposed such a requirement. "Our legal team thinks I can do that, based upon the degree to which there's a crisis in those states, and how bad things are for the country."

Once in the White House, Biden changed his mind, reversing himself (as he has a number of times...such as regarding fracking, regarding immigration, regarding homosexuality...) and admitted "I cannot mandate people wearing masks."  He has decided, however, as President of the United States he could still require masks in federal buildings and on federal land. 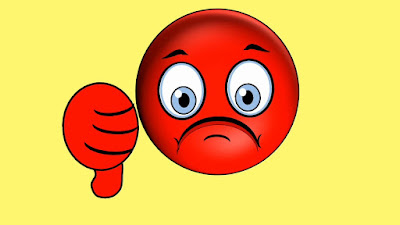 According to the United States Constitution the power vested in him is the executive power, not all power.  In short, his job is the execute the laws of the United States, and be the boss of the executive branch, not the entire federal government.  There is a separation of powers that disallows the branches from colluding with each other, or controlling each other.
The President cannot dictate the actions of the other two branches.
He could order a mask mandate in offices under executive control, but anything to the other parts of the government would be a recommendation or suggestion.
The purpose of executive orders are either to issue a proclamation (which are not legally binding), or to delegate instructions down through the channels of the executive branch so that the personnel of that branch may execute the laws of the country.
Biden has a history of believing the President has broad dictatorial powers.
-- Political Pistachio Conservative News and Commentary
Posted by Douglas V. Gibbs at 5:17 PM