Detainment for Political Dissent is Next 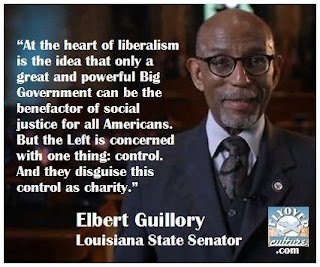 Domestic Terrorism is the next emergency down the line of a likely long list of emergencies the totalitarian Democrats have planned for us.  Violence against conservatives and Trump supporters over the last four years (especially at Trump rallies, or any time a conservative has been invited to speak on a college campus) and the COVID-19 protocols were just the beginning.  We had to be taught to be afraid, expect government to come to the rescue, and keep our mouths shut.  You will be silenced or censored if you speak favorably of President Trump, admire American History, if you are a white heterosexual male Christian who isn't bowing to Black Lives Matter, if you defend white heterosexual male Christians, say anything against wearing masks during the pandemic of a disease that has a better than 99.9% survival rate for most people, voice any opinion in opposition to the man-made climate change narrative, dare voice any disagreement with transgenderism, doubt the wisdom of those teaching your children in the public schools or college system, dare to call Muslim terrorists anything but freedom fighters, voice a positive opinion about anything the liberal left progressive commies who are seeking to crush America have called conspiracy theories (Clinton's emails, Pizzagate, Ruby Ridge, Obama is Muslim, Obama was not eligible to be President, Russia didn't interfere with the 2016 election, the Democrats did interfere with the 2016 election, the 2020 Election was stolen), and so on and so on.

How far away are they from declaring us an official enemy, in the name of domestic terrorism and keeping the national safety, and marching those who openly disagree with them off to concentration camps?

History is our evidence.

Those who forget history are doomed to repeat it.

Thanks to The Gateway Pundit, let's take a look at Russia's rise of communism with their 1917 election:

Any of that sound familiar?

We are experiencing a communist revolution, and if it isn't stopped, it will only get worse.

They began with the children, turning the schools into socialist hotbeds and indoctrination centers.

Through the scamdemic, they have done what they can to take control and dictate to you what to wear, where to gather, if you can assemble, silence dissent, and even accuse you of chemical welfare if you don't wear a face covering.

Leftist journalist, and former Washington Post columnist, Harold Meyerson wrote that the entire Republican Party should be on a terrorism watchlist.  Some members of the media are pointing out specific people as being terrorists due to their pro-Trump political position.

With H.R. 127, unconstitutional steps are being made to not only infringe on your right to keep and bear arms, but to open the opportunity for the federal government under the democrats to confiscate and outlaw firearms (under the guise of psych evaluations).

H.R. 1 will federalize elections, and make all of the mechanisms that allowed the cheating, lying, and stealing of the 2020 election perfectly legal under federal law.  States will have no choice but to obey.

Despite courts calling for the opening of churches, Democrat leadership during the scamdemic are doing all they can to keep churches closed .... because they hate Christians, they hate religious freedom, and they don't want you assembling together.

Remember, in the end, it is all about power.  The facts are irrelevant.