Divided Allegiance and Split Loyalties, and the Restoration of our Republic 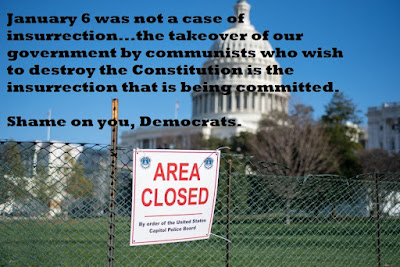 a.  Creation of money.  As the voice of the Senate, the State Legislatures had say in the creation and regulation of money since, in Article I, Section 8 the Constitution states that Congress shall coin and regulate the value of American money.  This separated us from the international bankers and allowed us to disallow foreign influence on our monetary system.  The mechanism was killed three times through the emergence of three central banking systems in our history.  The Bank of the United States, the Second Bank of the United States (based on the urgings and arguments of Alexander Hamilton, who believed the Constitution did not go far enough in its creation of a big centralized controlling government), and the Federal Reserve (1913).
b.  Creation of Law.  The lawmaking process included State oversight also through their
appointment of the members of the U.S. Senate.  All bills must be approved by both the House of Representatives, and the U.S. Senate.
c.  Treaties.  While the President of the United States, as a representative of the Federal Government, may negotiate and sign treaties, treaties were not effective until reviewed and ratified by the representatives of the State Legislatures (by appointment to the U.S. Senate), which served as an oversight by the States over treaties.  Since the enactment of the 17th Amendment in 1913 the ability for the States to serve in an oversight capacity regarding treaties has been eliminated.
d.  Appointment of Officers and Judges.  The confirmation hearings by the U.S. Senate is a mechanism that was created to make sure the States also had oversight over who the President was putting into positions of power in the Federal Government.  The potential of foreign influence, or the rise of tyranny through the newly established federal government was such a fear of the Founding Fathers that they even wanted State oversight over Presidential nominations.

2.  Originally, the State Legislatures, rather than the people through a direct tax that we now call "Income Tax", paid for the federal budget.  This process, which established the amount due by a State based on the census, allowed the State Legislatures to review the budget and demand changes before they were willing to pay their portion for it.  This mechanism kept the federal government from spending funds in an unconstitutional manner, or in a manner that was not in the interest of State Sovereignty and autonomy.  The mechanism was tossed into the dustbin of history by the 16th Amendment, also in 1913.
3.  The election of the President, whose job does not include being involved in domestic issues, was originally by electors appointed by the State Legislatures.  The people, whose voice in the federal government was in the House of Representatives, were not originally given the ability to vote for President; they instead had the job of campaigning for their presidential choice to the electors in hopes of convincing the elector to vote for their favorite candidate.  The change in the electoral process, and the creation of the term "Electoral College," occurred during the presidency of Andrew Jackson (father of the Democratic Party) who believed the process was not "democratic enough."  The States responded by changing the process not only to have the electors vote in line with a democratic vote by the people, but for the States to adopt a "winner take all" position (only two States today do not follow the winner-take-all model; Maine and Nebraska).
4.  The ratification of amendments has not changed.  While either the States (through an Article V. Convention) or the Congress may propose amendments, ratification of any proposed amendments to the U.S. Constitution requires a 3/4 approval by the States.  The method of ratification may be by convention, or a vote by the State Legislatures.  Congress, if they feel it is necessary, may determine the method of ratification.  Otherwise, the choice belongs to the States.
____________________________________________
The creeping incrementalism of tyranny began long ago...
____________________________________________
While the States originally had mechanisms of oversight regarding all decisions by the Federal Government, the realization that the federal government may still act in a manner beyond its authorities, or in line with foreign influences or ideologies encouraged the States to retain for themselves the power to nullify federal law (refuse to implement a federal law because if it is unconstitutional it is "null and void" as per Thomas Jefferson's draft of the Kentucky Resolutions) or the power to secede from the union if the social contract (U.S. Constitution) is breached by the Federal Government.
Senators Howard and Trumbull after the War Between the States had concluded, aware of the fears of foreign intrusion into our system the Founding Fathers had, wrote the Citizenship Clause of the 14th Amendment to protect us against such infiltrations.  While the Tories (loyalists to the British Crown) were no longer a concern nearly a hundred years after the Revolutionary War, when asked what they meant by the "and subject to the jurisdiction" phrase in the first clause of the 14th Amendment, in May of 1866 both Senators testified before Congress (their testimony may be read in the Congressional Globe, which is the Congressional Record of the time) that "subject to the jurisdiction" means "Full jurisdiction, meaning full allegiance."  Therefore, exempt from citizenship are Indians not taxed, and the children of Foreigners, Aliens, Diplomats, Ambassadors, and other foreign consuls and ministers."  In short, the interpretation by the courts of that clause that is referred to as "Birthright Citizenship" is an inaccurate interpretation.
Now, foreign ideas like globalism, socialism, and anti-Christianity (which compromises the concept that our natural rights come from the Creator) threatens our system of liberty.  The States have no ability to stop it, and We the People feel demoralized and helpless as the iron fist of authoritarianism closes its grip around the American system of government.  But, all is not lost.  As long as the generation that knows liberty remains alive, so does the hope for a restoration of the republic and the reclamation of the original mechanisms of the U.S. Constitution.  However, let us be reminded by John Adams' fateful words.  "Liberty once lost is lost forever."
We have a righteous and worthy cause.  We must only follow the lead of the Founding Fathers to reclaim the American System.  It begins locally.  Get control of our communities and we gain back our cities.  Get control of our cities and we gain back our counties.  Get control of our counties and we gain back our States.  Get control of our States and we gain back our country.
We complain about the cockroaches in Washington, but we breed them locally.  Stop breeding them locally.
-- Political Pistachio Conservative News and Commentary
Posted by Douglas V. Gibbs at 5:36 AM