Science and the Concept of a Young Earth 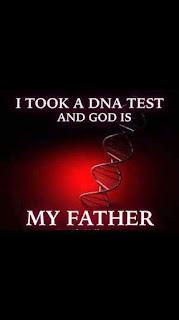 By Douglas V. Gibbs
Author, Speaker, Instructor, Radio Host
I perform often as a public speaker.  My calendar, between my Constitution Classes and speaking events, can get quite full.  In a conversation this morning with a marketing person attached to a radio station I have a relationship with she was telling me about a group she would like to have me speak to.  A Creation Fellowship in San Diego County.  But, one stipulation.  You need to be "Young Earth".
At first I thought that was the name of a group of some kind.  She explained, "They don't agree with the Christians who try to mingle evolution with creation."
"Oh," I replied.  "I never gave a name to it, but if you mean that the world is six thousand years old, using biblical data, which is two thousand years from Adam to Abraham, two thousand years from Abraham to Jesus, and then about two thousand years since Jesus, then yeah, I am on board with that.  In fact, so were the Founding Fathers."
"You've done your homework," she replied.
Not necessarily.  Growing up I bought into the idea that the universe and Earth have billions of years of mileage racked up in their lifetimes.  As a Constitutionalist, however, while studying writings from the Founding Era, I came across the following snippet:
"Governments, in general, have been the result of force, of fraud, and accident. After a period of six thousand years has elapsed since the creation, the United States exhibit to the world the first instance, as far as we can learn, of a nation, unattacked by external force, unconvulsed by domestic insurrections, assembling voluntarily, deliberating fully, and deciding calmly concerning that system of government under which they would wish that they and their prosperity should live." -- James Wilson, November 26, 1787 in remarks in Pennsylvania ratifying convention.

The belief that mankind has been on the planet for about 6,000 years is also something supported by evidence. In "The Collapse of Evolution" author Scott Huse, PhD sums up proof that the Earth cannot be billions of years old because it would exhibit:

-A much higher concentration of salt in the oceans than what exists today,

-much more atmospheric helium, the product of the radioactive decay of uranium and thorium; current levels would indicate ten thousand years of decay, assuming a starting point of zero,

-no mountains, because even the Himalaya and Rocky Mountains would erode to sea level in just ten million years,

-a lot more sediment deposited in the Gulf of Mexico by the Mississippi River, since what's in the delta now has been calculated to have taken about four thousand years to deposit,

-no more petroleum or natural gas beneath the earth's cap rock because the extremely high pressures containing both would have blown through the rock in ten thousand years max.

As for mankind being on the Earth for about six thousand years, you have to do the math for that. Calculating Biblical accounts and all of the begets, the Bible comes up with about 6,000 years. Mathematicians, basing a growth of about 2.12 to 2.25 children per family, taking into consideration downturns in population growth such as famine and plague, place the beginning of growth of a population of about six and a half billion people to about 4,500 years ago. Biblically, Noah is about 5,000 years ago.

Evolutionists can't get their numbers straight. I've heard estimates in the tens of thousands of years to millions of years when it comes to Science's estimation of how long the human species has been walking the Earth. Most Bible-believing Christians have determined, based on figuring out all of the "begets" and so forth in the Bible, that mankind has been on this planet for about six thousand years...an article that was originally published in a Christian publication over twenty years ago, a theological scholar came to a conclusion using population trends to figure it out...Statistically, a couple must have 2.1 children to keep a population at the same level...Let us suppose for a moment that the Biblical account of the Genesis Flood in which just eight people survived is true.  Let us further suppose that each family from this point in history had 2.4 children on average. This very modest number will take into account all the deaths through infant mortality, plagues and war...How long would it take to reach today’s world population?

Now suppose we take the evolutionary view that mankind has been on this planet for two million years and we begin with two people – or eight, it will make little difference – and they also had the statistical 2.4 children per family.

We will finish up with a number so impossibly large that the universe itself would not hold them!

Aware of this problem, the textbooks explain it away by speaking of “population stability throughout this time.”

Since then, I have a special section in my library for books about science, on both sides of the aisle.
My latest one, a book by Ken Ham and Bodie Hodge titled, "A Flood of Evidence," also supports the idea of a Young Earth.  The book in Chapter Six offers a list of all of the begets from the Bible (which adds up to our final 6,000 year goal) and some secular dates to take into consideration.  The book also goes into some of the flaws of the dating methods used by secular scientists, as well as discussing how "rock layers" points to a global catastrophe (like a worldwide flood) rather than billions of years of doing what the secular scientists claim.
The Creation Answers Book by Creation Book Publishers explains that "Many dinosaur fossils are not completely mineralized -- in fact, dinosaur bones with blood cells, hemoglobin and soft tissue such as blood vessels have been found...how could such bones possibly be 65 million years old?
Both Young Earth Creationists and the folks who believe in the Big Bang have a problem when it comes to the speed of light.  Also in the Creation Answers Book, the problem of light from distant galaxies and stars reaching us is addressed.  If the Earth is young but it takes millions of years for the light from the stars to get to us, is that not a contradiction?  Even Big Bang science followers have a similar problem, because based on their calculations there still has not been enough time passed for some of the lights in the sky to reach us.
According to the Creation Answers Book when God said "Let there be light," and then dotted the sky with the stars, He created the light from the stars "in transit."   Only the advent of a Creator who could do that can answer the question regarding starlight.  Science has no answer except to tack on even more time and more time and more time to the age of the universe.
The book "Refuting Evolution" by Jonathan Sarfati, PhD, tackles the age of Earth issue through an explanation regarding sedimentary rock in Chapter 8.

The vast thickness of sedimentary rocks around the world are commonly used as evidence for vast age...The 'deep time' (billions of years) indoctrination comes with the statement 'often reaching great thickness over long periods of time.'  However, this goes beyond the evidence.  Great thicknesses could conceivably be produced either by a little water over long periods, or a lot of water over short periods. [The same conclusion Ken Ham makes in his "A Flood of Evidence" book] ...Because sedimentation usually occurs slowly today, it is assumed that it must have always occurred slowly.  If so, then the rock layers must have formed over vast ages...the evidence for catastrophic formation is so overwhelming that there is a growing body of neocatastrophists...a cataclysmic globe-covering (and fossil forming) flood would have eroded huge quantities of sediment, and deposited them elsewhere.  Many organisms would have been buried very quickly and fossilized...Mount St. Helens eruption in Washington state produced 25 feet (7.6 meters) of finely layered sediment in less than a day!  And a rapidly pumped sand slurry was observed to deposit 3 to 4 feet (about 1 meter) of fine layers on a beach over an area the size of a football field.  Sedimentation experiments by the creationist Guy Berthault, sometimes working with non-creationists, have shown that fine layers can form by a self-sorting mechanism during the settling of differently sized particles...how does the 'slow and gradual' explanation fare?...scavengers and rotting normally remove all traces within weeks.  Dead jellyfish normally melt away in days.  Yet Teaching about Evolution has a photo of a fossil jellyfish...It clearly couldn't have been buried slowly, but must have been buried quickly by sediments carried by water.  This water would also have contained dissolved minerals, which would have caused the sediments to cement together, and so harden quickly...there is a vertical tree trunk that penetrates several rock layers...if the upper sedimentary layers really took millions or even thousands of years to form, then the top of the tree trunk would have rotted away."

As Ken Ham explains in his book "The Lie Evolution", the belief in the Theory of Evolution is a religion, and they are willing to twist the evidence and make stuff up as they go along to try to fix their lie because they desperately want it to be true because it cannot be married with the Bible.  And that's the point.  To destroy Faith in God, and in turn kill God.

To call evolution, and the unproven made-up lies that surrounds it, science is disingenuous at best.  Creation, it turns out, is more based on science than the religion of evolution.

As for our scientific evidence supporting the Young Earth concept I began this whole article with?  The Evolution Handbook by Vance Ferrell puts it nicely.

Other considerations from The Evolution Handbook:
These are just a few highlights from The Evolution Handbook which is nearly a thousand pages long.  I will no doubt get profanity-laden comments from lefties because I dare to question their religion of secular science.
I love science.  Real science.  Science has proven the people who tell us to "follow the science" wrong on all counts.  These people are all in cahoots with each other, too.  Science.  Progressive Politics.  Education System.  Their God is the anti-God.
Karl Marx believed Faith in God as being an "opiate of the masses," and that to take power God and everything associated with God, must be eliminated.  Therefore, they seek to destroy morality, the difference between the sexes, the very definition of right and wrong itself, and of course anything that resembles the concept of a Creator (or Creation); they do all of this through false science, revised education, political propaganda, a culture war based on dividing the people against each other, and if possible, the destruction of any belief in God's Creation.
-- Political Pistachio Conservative News and Commentary
Posted by Douglas V. Gibbs at 7:38 PM