The First Amendment forbids Congress from establishing religion by legislative process.  The Progressive Commie Democrats are establishing an official church anyway, but they are making it look like it is in the name of science. 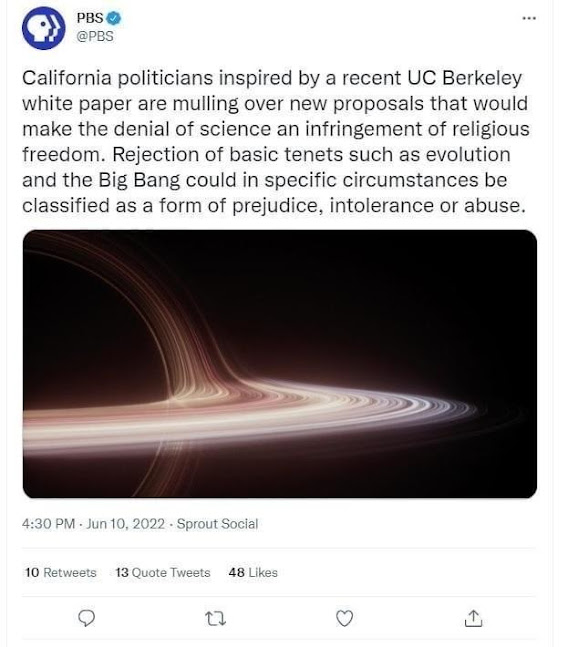 As a Christian, I love science, and have spent much of my life trying to learn more about God's world through science.  However, most non-lefties like myself, despite the accusation by the left, are not "science-deniers" when we disagree with the science we are being offered by the establishment.  We are simply denying the scientific viability of what is being offered as science.  The science being promoted by the Democrats and their allies is politically motivated, not based on true scientific research or the scientific method.  Or, as I like to say on my radio program, "Scientists agree 100% with the political people who fund them".
-- Political Pistachio Conservative News and Commentary

Perhaps the best descriptive term is Civil Religion. Persons who are into it tend to be political co-dependents.