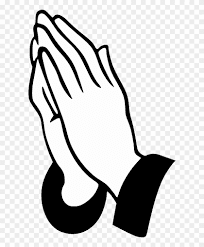 By Douglas V. Gibbs
Author, Speaker, Instructor, Radio Host
I told a group I was talking to last Wednesday that America has reached a new dawn that will lead to revival.  The dawn always follows the darkest hours of night.  One piece of evidence that the dawn is approaching has been in the courts and the battle for Natural Rights, including religious freedom.
A case that has been working its way through the lower courts has been agreed to be heard by the United States Supreme Court, and it is a big one that will send a shockwave of influence throughout the country, and throughout the American System.  Gerald Groff, a Christian, was forced out of his job with the United States Postal Service (USPS) when they began delivering on Sundays, and he asked for a religious exemption, even volunteering to work extra hours during the week so that he would not be required to work on Sunday.  The USPS refused to grant any accommodation, indicating that despite any law on the books the USPS was not required to grant any religious accommodation to an employee for the request of time off on Sunday so that Mr. Groff may observe the Sunday Sabbath.
I wonder if it had been a Muslim asking for a day off for religious observance of any of their holy days if the USPS would have had the same attitude?
Represented by First Liberty, Church State Council and the Independence Law Center, after the U.S. Third Circuit Court of Appeals agreed with the USPS's anti-faith position, the U.S. Supreme Court has agreed to hear the case.

Evidence of Gerald's faith and the importance of observing Sunday as the day of the week for worship and rest includes years of serving in foreign mission fields.
According to First Liberty’s President, CEO and Chief Counsel Kelly Shackelford:

“It is unlawful for employers to discriminate against employees on the basis of religion. It’s time for the Supreme Court to reexamine a decades-old case that favors corporations and the government over the religious rights of employees.”

Federal Civil Rights laws clearly disallow any violation of religious freedoms in this manner.  Even more important, the United States Postal Service, according to the U.S. Constitution, receives its rules and regulations from Congress.  However, the First Amendment states, "Congress shall make no law...prohibiting the free exercise [of religion]."  Whether or not the U.S. Postal Service claims they are not violating the law is not the point as much as the fact that the USPS, and Congress, is violating the law of the land, the Constitution, by prohibiting Mr. Groff from observing the Sunday Sabbath with a work requirement that day when accommodations are available, and have even been suggested by the plaintiff.
This case could serve as a new precedent to stop employers, government and non-government, from discriminating against workers' religious faith.

Liberty First explains, "The 1964 Civil Rights Act prohibits discrimination against employees on the basis of religion. The law doesn’t just protect against harassment and discrimination, it also requires reasonable religious accommodations, if they can be granted without causing undue hardship on the employer, such as simply rearranging a schedule."
The case in question that has been giving employers, corporations, and government entities an upper hand when it comes to discriminating against religious employees comes from the 1970s (TWA v. Hardison).  The ruling of that case, according to First Liberty, "tips the balance in favor of corporations and the government over the religious rights of employees."

In Gamble v. United States (2019) Supreme Court Justice Clarence Thomas, in his opinion of the case, clearly states that overturning bad precedent is an important duty of the courts.  “In my view,” Thomas declared in his judicial opinion of Gamble, “if the Court encounters a decision that is demonstrably erroneous—i.e., one that is not a permissible interpretation of the text—the Court should correct the error. . . . When faced with a demonstrably erroneous precedent, my rule is simple: We should not follow it.” -- Jun 19, 2019

In our current "woke" world of intolerance against any views or beliefs contrary to a rising collectivistic anti-faith narrative, we are seeing in the boardrooms of corporate America and many government agencies a growing intolerance and hostility toward religion, especially Christianity.  People of faith, who in the case of Christianity follow the religious beliefs of the founding generation of this country, are being put into an illogical position of having to make a choice between their work schedule or work environment and their beliefs.  Such discrimination against religious belief is illegal, and when it is the federal government doing it, as we see in this case, unconstitutional.

Wrong and right seem to be interchangeable in today's society.  Scripture warns against such moral depravity.

Woe to those who call evil good and good evil, who put darkness for light and light for darkness, who put bitter for sweet and sweet for bitter!

For the time is coming when people will not endure sound teaching, but having itching ears they will accumulate for themselves teachers to suit their own
In short, no matter how you slice it, what happened to Gerald Groff was wrong, and should be viewed as outrageous to any American.  The very idea of anyone, much less an employer or governmental agency, forcing Americans to choose between their faith and their livelihood must not be legally or culturally acceptable.  Nobody should be put into a position by employers or government to face a difficult choice between their livelihood and their faith, especially when their beliefs can easily be accommodated.
-- Political Pistachio Conservative News and Commentary
Posted by Douglas V. Gibbs at 8:52 AM