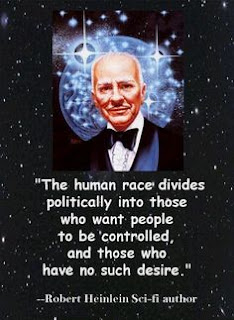 By Douglas V. Gibbs
Author, Speaker, Instructor, Radio Host
The evidence constantly reveals that liberal left policies are failed policies.  States with the strictest gun laws also have the highest murder rates, and violent crime rates.  Anyone who has any knowledge about economics could not possibly continue to be a liberal leftist. . . unless they have something diabolical up their sleeve. California has been under the control of the Democrat Party for decades, and currently has a super-majority in Sacramento.  They continue to claim theirs is the right path, even though the result of their control has been to leave California as the second worst State in the United States in the terms of economic freedom.  Governor Jerry Brown was even willing to admit that a drastic raise of the minimum wage in California is bad economics, but he signed it because it's fair (in his Marxist everyone-must-be-equal-no-matter-what mind).  The exodus of companies from California has been at an incredible rate because it is becoming more and more difficult to do business in the Golden State, and the middle class is beginning to follow suit in a big way (as the cost of living also becomes unbearable).

Failure follows the Democrats everywhere they grab control, and when things go good for Americans, it makes it difficult for them to get back in control.  So, they double down on their normal divide and conquer tactics.  Division is what they use to get what they want.  Anything that is good for American Society cannot be tolerated, so anything that is beneficial is shot down, rejected, and fought against.

The family unit is a primary contributor to a successful civilization.  A man who is married and has a family to take care of is more productive, and stable.  In the black community, for example, two-parent black families are rarely poor. Only 8% of black married-couple families live in poverty. Among black families in which both the husband and wife work full time, the poverty rate is under 5%. Poverty in black families headed by single women is 37%.

That's no good for the Democrats.  They need division, they need women hating men, men hating women, and homosexuals doing all they can to sabotage the traditional institution of marriage.

Interestingly enough, marriage also hurts the Democrats at the voting booth, since married women and men tend to vote Republican, and unmarried people lopsidedly vote Democrat.  It's amazing how a good dose of responsibility and personal lessons in economics straightens out a voter.

Divide and conquer by the Democrats is especially noticeable when it comes to race relations.  Like any good Marxists, they have done all they can to convince Americans that liberty creates racial division.  As a result, non-white voters have largely bought into the propaganda of the liberal left, and vote Democrat.  The Democrats know that the more they can convince any voter that America is a racist society, the better chance they have that the person will vote Democrat.  Why?  Ever since the Democrats realized that supporting slavery and racism was not in their favor, they have done all they can to label the GOP as the party of rich white people.

To push their narrative, they are even willing to blow on the embers of violence, and encourage riots in the name of alleged police brutality (which statistically does not exist in the manner it is being presented).

In short, non-whites are being convinced to think negatively about the United States in the sense of its founding, and culture of liberty.  The narrative helps stoke the fires of racism, alleged racial division tied to slavery (of which the Democrats were actually the supporters of, and it took the Republicans to end it), and convince any Latinos who enter the United States that he or she should not assimilate into American society, or vote Republican.

Interestingly enough, in my corner of the world, every Latino I know who went through the immigration process legally, and has assimilated into American Society as a productive member of the community, votes Republican.

The division created by Democrats is nurtured by calling the GOP racists, xenophobes, and anything else they can muster up.  Meanwhile, Democrats claim multiculturalism, of which has been proven to be a failure and devastating to Europe.

In the world of the Democrats, the groups targeted as protected are "victims."  Everything is unfair, racist, misogynistic, and only the Democrats can make it better for the victims ... creating a situation where anyone who sees themselves as victims tend to vote Democrat because they believe the propaganda.

In short, when Americans embrace family and community, they vote Republican.  When Americans are divided and hate or fear or are offended by anyone who they think disagrees with them then they lurch towards the Democrats, and the liberal left's policies of forced equity and homogeneous community through government mandate ... as well as the elimination of anyone who dares disagree.

Divide and conquer.  Be a forced member of the collective, and deny your individualism ... even if it kills liberty and society as we know it.  That is the Democrat Party way.