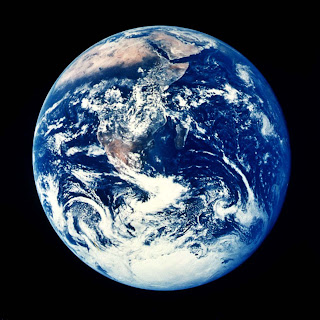 I've made the passing comment on a few occasions that what I didn't like about Daddy Bush is that he is a Globalist. I believe Junior is as well. This explains his support of the super highway up the gut of North America, and his weak stance on a strong border, as well as wishing to spread Democracy to foreign lands.
Don't get me wrong, I'm not siding with the liberals on anything, here. Give me a chance to explain myself.
I agree with the majority of Bush's decisions, but I don't think that all things that the Republican Party does is wonderful. That's why I proclaim myself a Conservative, rather than a Republican. It's just that I agree with the Grand Ol' Party more often than the one that uses a Jackass for their icon. And their is no way I could allow myself to be a Democrat, considering their immoral stance on issues such as abortion, homosexuality, and the proper treatment of our dear ally, Israel.
Okay, back to the Globalists running amok in America.
Like anything, those that support Globalism only see what they feel are either benefits of the coming world order, or the inevitabilities of such a scenario. They don't stop and really think about the problems that come along with such a system. Our much less than worthy human nature always takes good wishes by well-doers and ruins them. That's why the road to Hell is paved with good intentions.
Here's an example to illustrate my meaning: Our lovely welfare that we extend to those less fortunate in the United States was originally designed to help those that are unable to help themselves. As Mudkitty would put it, a way to allow the stronger to take care of the weaker until they are either strong enough to join the ranks of the stronger, or die out. Welfare programs ooze with good intentions, and on paper seem noble, until human nature is mixed into the calculations. Then, humanity's ability to abuse such a system becomes apparent, and the greed and the failures of the system bubble to the surface. Globalists think they see so much promise in uniting humanity into a single governmental and economic body. Their illusions include the disappearance of war, famine, and poverty. They envision a united world working together and scratching each others backs. But as Marxism proved, a system like that first must be applied with military pressure because humanity has an inborn need to strive for success over his peers, and only a military force down your back will keep everyone in line, and working together nicely.
Second, rather than scratching backs, humans tend to begin to stab each other's backs. That's just the way we are.
Globalism is an idea that won't go away, and will eventually come into being - God help us when it finally becomes a reality. What can we do? Fight for our sovereignty. Perhaps, somewhere, someone will notice how closely Globalism resembles Socialistic ideals. And as you all may have noticed, Communism and Socialism have proven historically to be failed ideas. Globalism will prove to be a failed experiment as well, but the price is too high for us to find out the hard way.
Posted by Douglas V. Gibbs at 5:11 AM

It's just that I agree with the Grand Ol' Party more often than the one that uses a Jackass for their icon.
LOL That was so funny I just about fell out of my chair laughing.
Doug you have to use more humor like that on your blog that is fantastic.

But seriously the Both Bush 41 and 43 are in fact Globalist you are correct about that.

But I do love that great sense of humor Doug that is great.

Our much less than worthy human nature always takes good wishes by well-doers and ruins them. ...how true..but most wont admit as their vanity would not allow...great read Doug.:)

Last I looked, we're already part of the globe.