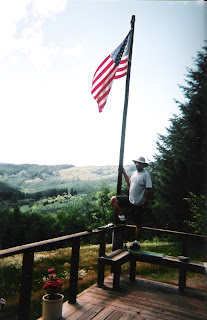 That's right, folks, the great global warming lie may position Al Gore for a Nobel Peace Prize, and if he gets it, then he'll run for office as well.

And on the evening of 07-07-07 the music industry had a worldwide concert to raise money for the fight against human caused global warming via all of these outragious carbon footprints we are leaving all over the place.

Problem is, true science recognizes that mankind's itty-bitty contribution of greenhouse gases is not nearly enough to affect such a change to the global climate. The real cause of causing the globe to warm is - wait for it - drumroll please - the Sun.

The sun is warming the planet? Oh, how absurd. Can't be so.

Yep, sunspot activity is the cause of global warming. And here's the real kicker (okay, sounds like deja vu, I've said this before, but it's just too dang interesting that the Left is so stupid to believe the junk pushed by the eco-nazis): Carbon Dioxide increases in the atmosphere is not being caused by us, but by the warming of the planet. In other words, they've got it backwards.

So, for all of those "Live Earth" bands playing their hearts out for the Global Climate Change Crisis, be happy to know that all that money you are raising is going into the pockets of the new reverends of environmentalism.

Now, it's time to plug my videos site. I know some of you have visited it, but honestly, I've got some good vids on it right now. Specifically, the last three. Check out the Binch, Dial 1 for English, and God Bless the USA at Political Pistachio Videos.

Also, when I was nineteen I had an accident that nearly killed me. The story of when I came out of my comatose state has been posted at my Defender of the Blahs site.
Posted by Douglas V. Gibbs at 12:02 AM