Open House At The High School and Personal Responsibility 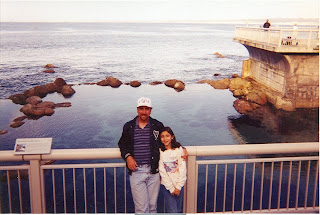 My daughter is a senior in high school. She's charming, intelligent, and a diligent worker. She has a job, a car, and communicates well with us. Her boyfriend is in most of her classes with her, and none of her teachers have any complaints about them being together because they work well as a team, and always get their work done.

Tonight I attended my daughter's open house at her high school. My wife had a class to attend tonight, and my daughter is working. So, that means I could discuss whatever I wanted with the teachers, and ask the questions that my daughter would normally roll her eyes regarding.

Her economics teacher tells me she's a hard worker and a joy to have in class, and then after meeting with him I decided to trot over to her government teacher's class from last semester. He's an interesting sort, real sharp, and liberal to the core. He is proud that he once worked for the Democratic National Committee. We talked for a while, shared a few laughs, and he asked me how the radio show is going. I proudly proclaimed that Alan Keyes will be my guest on April 29, so I guess the show is going pretty well. I enjoyed the conversation. He's one of the few liberals I talk to that discusses the issues, rather than being in attack-mode twenty-four/seven like some that I know. 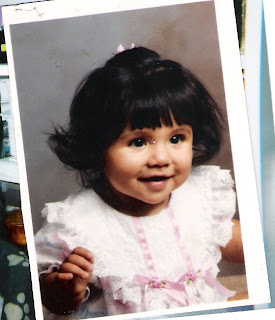 Her math teacher repeated the same thing about her being a joy to have in class, a hard worker (and he adds she is one of the few students he has that turns in all of her work), and if it wasn't for a couple test scores being low, she'd be kickin' butt in the class. Math wasn't my strong-suit either. In fact, when I was in college, it was the math classes that dragged my GPA down from the upper 3's.

Environmental Science? Well, same mantra. Pleasure to have in class, hard worker, and all that jazz. Oh, and we talked a little football too, seeing that he's a Raiders fan like me.

She has a college prep class that is all about preparing for college, too. Short discussion with the teacher, but she told me that my daughter is definitely looking forward to attending college, though she has decided to take the junior college route first so that she can better determine what she wishes to pursue. I changed my major a few times, myself.

Finally, I had a pleasant conversation with my daughter's British Literature teacher. Strangely, my daughter is not a big fan of reading, but she's pulling a high grade in this class anyhow. We discussed the current reading project, 1984 by George Orwell. Then, writing and blogging came up.

What I found most fascinating about tonight is how different my conversations with the teachers were compared to just a few years ago.

In Middle School and as a Freshman my daughter never completed her work, failed to ever turn in homework assignments, and her grades were the same, minus one leg (A/F). So why the change? Why is she now the apple of her teacher's eyes, and the hardest working kid in class?

After receiving punishments and listening to many lectures from me about the competitive nature of the world (and the fact that the decisions she makes now will affect her future), she realized that she had no one to blame but herself. Life was rough because she made it that way with her inattention to her responsibilities. Like anyone, she is solely responsible for the choices in her life. Nobody else can choose how she feels or thinks, and being offended or upset by what others say is simply giving them power over her emotions. The direction of her life is her choice, and poor choices are nobody's fault but her own. Blaming others will only delay her paying the consequences for her actions. She learned to point the finger of responsibility back to herself. And in the end, she is her best motivator. She doesn't need anybody else to make her feel good about herself. And then, when she became successful, the success was addicting. She began to enjoy doing well. And out of it, her self-confidence developed, and through it, maturity took hold.

Now, as she prepares for college and progresses academically, she has taken an honest inventory of her strengths, abilities, talents, virtues, and positive points. Through this growth she has developed a positive, self-affirming attitude.

All that, just because she decided to take personal responsibility. Amazing what self-reliance can accomplish.
Posted by Douglas V. Gibbs at 7:52 PM