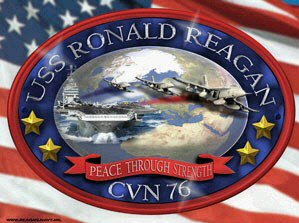 Today I did some work at Point Loma across the bay from San Diego, up on the top of the hill where Fort Rosecrans lies directly above the Naval Submarine Base. I was there doing work for the U.S. Navy, and from where I was (not too far from the Cabrillo Monument) the view was breathtaking.

Electrons and Silver Gates became the last thing on my mind as the view spread out before me. High atop Point Loma the entire San Diego Bay was in view. Nearest to me I saw Shelter Island, and the numerous yachts docked at the two islands. On the furthest island I recognized the Hilton, a hotel I am familiar with from past business dealings, and the 2006 La Jolla Writers Conference. To the right of the yachts lies the Submarine Base. Directly across the water is Naval Air Station North Island, which is also the first San Diego base I was stationed at after departing from Pensacola, Florida.

Today was clear enough that I could see the Silver Strand all the way to Imperial Beach. Spanning the bay from Coronado to San Diego was that great blue Coronado Bay Bridge. San Diego, her buildings reaching upward, completed the majestic scene.

During most of the day, in between tasks, I watched the helicopters and planes depart from, and arrive at, the base across the bay. Boats zoomed along the glittering water of the bay. Twice I saw civilian tankers float by. Then, in the early afternoon, off to the right at the mouth of the bay, I observed a great and mighty carrier coming into view. She was beautiful.

Patrol boats zoomed around her, warding away any civilian boats that may wish to get close. A single F-18 sat upon her flight deck just fore of the superstructure. Once the carrier's port side faced me, I saw the hull number. 76. CVN-76.

At first I wasn't sure which one she was. I knew the Reagan was ported in San Diego, but my memories were of the Kitty Hawk, Constellation, and Ranger; distant memories of a much older Navy. After a moment of thought, however, I realized that the carrier I was watching return to her home was the USS Ronald Reagan.

The USS Ronald Reagan is much larger than those older carriers. Her flight deck is massive. When she passed, and her aft section faced me, I was amazed at how wide she is. Then she pulled into her berth at NAS North Island, probably near the spot where my own USS Chandler, DDG-996 (now decommissioned) used to dock.

I smiled. Peace Through Strength. Strength, indeed. The Reagan, from what I could see, is a mighty vessel. I was proud to be able to watch her float by.
Posted by Douglas V. Gibbs at 4:38 PM