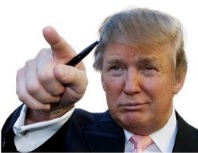 According to Breitbart. . .
A gay couple who are both supporters of Trump's bid for President said they have a lot of gay friends who support Trump.

Among the reasons?  They are "tired of the bullsh*t government. Time for a change. Trump’s the man for it" and that Trump "would bring more jobs to the country."

Since the gay couple revealed they are voting for Trump, they "have received death threats from gay people warning them not to leave their house or go to any gay clubs. One message to them, they say, told them to drink bleach."

One critic of the gay Ohio couple wrote "How do they rectify their support for Trump with his statements that he would nominate judges to the Supreme Court who would overturn marriage equality?"

Other comments use words like “idiots,” “twats,” and “dumbasses.”

The writer of the Breitbart article compares the hateful reactions to his "first 23 years in the Soviet Union."  The gay writer says he was often bullied by cruel homophobic teenagers and teachers.

The Trump supporting gay couple mentioned above are not towing the LGBT party line, and they’re paying the price for it.  One suggestion was that someone should “take away their gay card.”

Intimidation, which is what the left is so good about.

Like their Democrat counterparts who attacked the homeless guy protecting Trump's star on the Hollywood Walk of Fame, the gay community by attacking the couple listed above are denying them their right to an opposing opinion.  Is that what being gay is all about when it comes to politics?  Thuggery?

It sounds like they are not in favor of us being a republic, but would rather the United States be a country ruled by an angry mob. .  . and as we've seen, mob rule becomes mob violence.  The gay “Thought Police” going after the Trump supporting gay pair is hardly American.  Freedom of Speech and Assembly both require that those who oppose an opinion accept it.  They don't have to like it, and they sure as hell don't have to agree with it, but this attempt to silence dissent through thuggery is un-American.

-- Political Pistachio Conservative News and Commentary
Posted by Douglas V. Gibbs at 8:26 AM