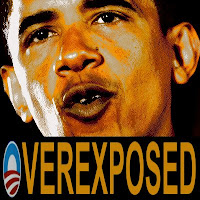 President Obama has taken a number of unilateral actions in the waning days of his tenure that appear designed to box in President-elect Donald Trump.

Obama's decision Thursday to sanction Russian entities for election-related hacking is just the latest obstacle he has placed in Trump's way.

Days before the sanctions were unveiled, the Obama administration allowed the U.N. Security Council to condemn Israeli settlement activity — something that could have an indelible impact on the Israeli-Palestinian conflict.

Obama has also permanently banned oil and gas drilling across large swaths of the Atlantic and Arctic oceans, closed off 1.6 million acres of Western land to development and scrapped the last vestiges of a registration system used largely on Muslim immigrants.

President Obama's lame duck administration poured on thousands more new regulations in 2016 at a rate of 18 for every new law passed, according to a Friday analysis of his team's expansion of federal authority.

The 2016 total was the highest annual number of regulations under Obama. Former President Bush issued more in the wake of 9/11.

The proof that it was an overwhelming year for rules and regulations is in the Federal Register, which ended the year Friday by printing a record-setting 97,110 pages, according to the analysis from the Competitive Enterprise Institute.

In his waning days in the White House, President Obama is desperately trying to make his policies as permanent as possible by tying the hands of his successor — and far more than other presidents have done on their way out.

From his dramatic and disastrous change of US policy on Israel to his executive order restricting 1.65 million acres of land from development despite local objections, Obama is trying to make it impossible for Donald Trump and a GOP-controlled Congress to govern.

Even Thursday’s announcement of wide-ranging sanctions against Russia presents Trump with a foreign-policy crisis immediately upon taking office.

By contrast, many of Obama’s predecessors have stood back in their final days in office and refrained from any dramatic shifts, in deference to the agenda of the man voters sent to succeed them.

But Obama won’t accept the election results. As he suggested the other day, Trump’s election was a fluke — and he himself would have easily been re-elected if allowed to stand for a third term.

He believes this not just because he’s an effective campaigner, but because he thinks his “vision” and policies continue to be backed by “a majority of the American people.”

But Obama, like many Democrats, fails to understand what happened in the election: Voters were calling for real change from the status quo — from his policies. Indeed, before the vote, he himself said it was a referendum on him and his policies.

I see it as an effort to help America better understand itself. He said he was trying to show that “Everybody is kind of working in the same direction, trying to get by, get a life that provides them with dignity.” In this, he suggests, we are more united than we know.

-- Political Pistachio Conservative News and Commentary
Posted by Douglas V. Gibbs at 8:07 AM