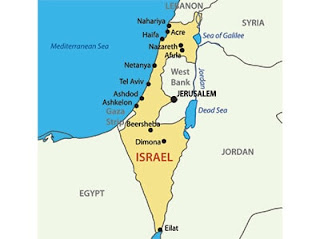 After eight years of the most anti-Israel U.S. President since Carter, President-Elect Donald J. Trump proposed relocating the U.S. embassy in Israel to Jerusalem.  The move would be the ultimate in showing support for Israel in the face of Islamic oppression, and would likely draw international criticism, because it would serve as a recognition of Jerusalem as Israel's capital.  Israeli ambassador Ron Dermer, while speaking to the media with Trump in Manhattan endorsed Trump's promise.  The proposal follows Trump's announcement that his nomination as U.S. ambassador to Israel will be David Friedman, a pro-Israel supporter of Jewish ownership of Jerusalem, and a proponent of shifting the embassy from Tel Aviv.

While the liberal left and hardliner Islamic leaders are claiming such a move would be met with violence, Dermer insists that moving the U.S. embassy would be a “great step forward to peace,” rather than inflaming the Arab Muslim world.

Palestinians claim Jerusalem as their capital, and U.S. administrations in fear of inflaming the region, have refused to recognize Jerusalem as Israel's capital.  Saeb Erekat, a senior Palestinian official, warns that moving the embassy to Jerusalem would mean the “destruction of the peace process as a whole.”

Dermer says the embassy move “should have happened a long time ago.”

"It would send a strong message against the de-legitimization of Israel.”

Dermer said he hoped that next year when the new U.S. ambassador lights the traditional Hanukkah candles in his embassy, he will do so in Jerusalem.

Netanyahu has also made it clear that he is pleased with Trump’s appointment of Friedman.

Friedman has served as president of a U.S. group that raised money for one settlement and has advocated that Israel annex the West Bank, as it did with Arab East Jerusalem following its capture in the 1967 Middle East war in a move not recognized internationally.

-- Political Pistachio Conservative News and Commentary
Posted by Douglas V. Gibbs at 4:49 AM