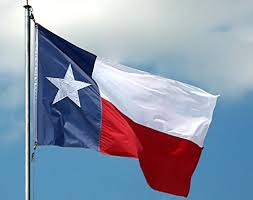 Delegates representing the States wrote the U.S. Constitution to create a federal government to serve the States, and handle external issues such as war and trade with other countries; not to rule over the States and interfere with internal issues regarding the life, liberty and properties of the people, or to disrupt the internal order, improvement, and prosperity of the State (Federalist 45 by James Madison).

As the authors of the U.S. Constitution, the States are the parents over the federal government, and the final arbiters of what is constitutional, or not constitutional.  If a U.S. law is deemed unconstitutional by a State, as per Thomas Jefferson in his draft of the Kentucky Resolutions, 1798, the State may nullify that law.

"Where powers are assumed which have not been delegated, a nullification of the act is the rightful remedy."

In Article VI., while there may be arguments by progressives claiming State nullification of federal law is unconstitutional because of the Supremacy Clause, the reality is that the clause DOES NOT SAY "all" federal laws take precedence over "all" State laws.  It states that U.S. laws made "in pursuance" of the Constitution are the supreme law of the land, and State laws cannot be to the contrary of those U.S. laws made "in pursuance" of the U.S. Constitution.

Texas has decided enough is enough.  They are ready to being nullifying unconstitutional federal laws, regardless of the Fed's opinion to the contrary, and regardless of what the courts have to say about it.

The Republicans of the GOP majority Texas legislature have proposed the "Texas Sovereignty Act," which calls for nullification of unconstitutional federal laws.

"If Texas has to live under California's environmental regulations because the court says, 'Oh no, Texas can't be Texas, Texas has to be identical to California,' this would make a legislative process to address that," said Cecil Bell, the Republican author of the proposed act..

Bell says he wants to prohibit future overreach from the federal government.

Arizona already has approved a similar policy, and other States want to follow suit.  Constitutionally, it is their right to do so.

Among the targets of nullification is the federal requirement through court decisions regarding the "legalization of gay marriage."

Constitutionally, the courts have no legislative authorities in the first place, so their rulings cannot legally make anything "legal" or "illegal."  To legalize something is a legislative power, which is a power only afforded to the legislative branch of government.  Besides, there is nothing in the U.S. Constitution that authorizes the federal government to be involved in the issue of marriage, anyway.  As for the 14th Amendment argument, if read carefully, the clauses usually referenced in the 14th Amendment regarding marriage laws were designed to protect the newly emancipated slaves from being treated differently under the law, and to ensure they were given due process as would be provided for any other resident of any State.  The Equal Protection Clause and Due Process Clause was never designed to incorporate the Bill of Rates to the States, or to force the States to behave in a certain manner regarding any issues outside of their treatment of the newly emancipated slaves.

Democrat Chris Turner in Texas says The Texas Sovereignty Act should be dead on arrival.  "It proposes a structure for state nullification of federal laws which is clearly unconstitutional," said Turner.  However, Turner has no idea about what he is talking about.  There is nothing in the Constitution that prohibits States from nullifying any federal law, and if one was to read the 10th Amendment, when it comes to authorities, it is clear that federal authorities require enumeration, but State authorities simply are those things not granted to the federal government, nor prohibited to the States by the Constitution.

Or, as James Madison put it in Federalist 45, "The powers delegated by the proposed Constitution to the federal government are few and defined.  Those which are to remain in the State governments are numerous and indefinite."

Another issue targeted will likely be voter ID laws, which the federal courts state are illegal based on the Voting Rights Act, an unconstitutional law that disallows States from changing their manners and procedures regarding elections without congressional approval, and targets southern States in a manner that exhibits preferential treatment to the other States - a practice that flies in the face of the Framer's desire to seek uniformity when it came to constitutional federal laws regarding the States (mostly found in Article I, Section 8 of the U.S. Constitution).

The U.S. Supreme Court has also voided nearly all of Texas' tough 2013 abortion law, again an issue that is none of the federal government's business, and I would like to see the States go so far as to nullify the unconstitutional 1973 Roe v. Wade ruling.

The Arizona law passed in 2014 that would allow the State to withdraw its resources from enforcing federal laws it deems unconstitutional, though it has been little used since then and hasn't prompted major legal challenges, has company in a number of States, other than Texas' proposal. Oklahoma, Maine, and Idaho have proposed similar legislation this year.

In the Fox News article about the Texan desire to nullify, a constitutional law professor is quoted, and uses case law, not the original intent of the original language of the U.S. Constitution, to defend the liberal left's position.

Sandy Levinson, a University of Texas professor specializing in constitutional law, said that while states have the right to refuse to cooperate with the federal government by reserving resources, the only way they can contest the constitutionality of a federal law is to sue. Texas sued the Obama administration nearly 50 times but has been less-litigious so far under Trump.

"What would be special is if the Texas Legislature really and truly believes that Texas can decide on their own, 'this is unconstitutional we're not going to do it,'" Levinson said. "That's just bonkers."

The argument by Levinson is based on the idea that the federal courts possess a power known as judicial review.  The authority regarding judicial review is not enumerated as an express power anywhere in the Constitution's original seven articles, nor in any amendment.  The granting of that power, which is even admitted by the most ardent leftist supporters of the concept, is Chief Justice John Marshall's opinion in the 1803 Marbury v. Madison case.  In other words, the courts granted that authority to themselves, a tyrannical act of seizing a power that was not supported by the strict constructionists of the time period (like Jefferson and Madison), and should not be supported in today's political discourse.

Nonetheless, the progressive left continues to claim that the opinions of unelected judges with no term limits are the definitions we must follow regarding the U.S. Constitution, rather than the original intent of the original language contained within the social contract* we know as the U.S. Constitution written and signed in 1787.  The reality is, the States were the contract-makers, and it is the States who hold the authority to review federal law and determine if those laws are constitutional, or not; not the federal court system.

-- Political Pistachio Conservative News and Commentary
Posted by Douglas V. Gibbs at 11:58 AM