The Politics of Religious Warfare 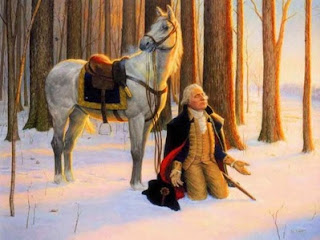 Politics affects everything in our lives.  If you are not involved in politics, one can be assured that politics will eventually be involved in you.

"Resistance to tyrants is obedience to God."  -- Thomas Jefferson

As Christians, we constantly hear the leftist call for your faith to not influence your politics.  "Separation of Church and State," they say.  "Your religion has no business in politics."

Except, my Christianity is everything I am.  How can I remove such an integral part of my being from my political beliefs?

Besides, it is our duty to be involved in politics, because as Christians our natural rights are self-evident.  Our job is not to worship between four walls, but to carry the good news of Christ to all who will listen, and do so taking advantage of our God-given rights.  We are supposed to participate in society as a whole.  If we don't, society will take away our natural rights systematically.

As Christians (and a few who respected Christian values, but may not have been born-again), the Framers of the United States Constitution, and the revolutionaries who abolished the tyranny they lived under while British subjects, saw their endeavor as being (as Jefferson put it) "obedience to God."  They recognized the connection between faith in Christ, and fighting for liberty.

Politics are driven by our culture, and our culture can be driven by politics.  When a country is not virtuous, neither will be the political system.  If we are not willing to follow the self-evident standards that define moral compass, then the likelihood of tyranny advancing in our society to a position of great power increases dramatically.

Our Faith affects, and can be affected by, everything in our world.  Culture, philosophical viewpoints, art, entertainment, science, history, education, and yes, politics.

The most successful countries, both economically, and culturally, tend to be Christian-majority countries.  The Christian worldview has led to innovations in technology, the recognition for rights regarding racial equality and women, and the largest economies in the world are either Christian-majority countries or countries who have taken advantage of the free-market limited-government system of the English-Speaking peoples that began its worldwide journey as a result of colonization by Christian England, and the incredible success of the very Christian United States.

While many churches have fallen for the call to solely focus on evangelism, a narrative injected into the church in the 1930s when Marxists infiltrated the church with the express intention of derailing Christian involvement in the political realm, he reality is the Gospel requires Christians to carry God's good news to the world, which includes engaging in politics.

Biblical text recognizes the failings of human nature, and that there exists the desire for power and pleasure, and that the lust for power and pleasure is among the sources in human society for suffering and conflict.  The answer to the resulting suffering and conflict is to steer society back to a virtuous path, for only a virtuous people are capable of freedom and prosperity.  It is the sin of the world and disobedience to God's Word that leads humanity into misery.

“For from within, out of the heart of men, proceed the evil thoughts, fornications, thefts, murders, adulteries, deeds of coveting and wickedness, as well as deceit, sensuality, envy, slander, pride and foolishness. All these evil things proceed from within and defile the man” (Mark 7:21–23).
“What is the source of quarrels and conflicts among you? Is not the source your pleasures that wage war in your members? You lust and do not have; so you commit murder. You are envious and cannot obtain; so you fight and quarrel” (James 4:1–2).
“When Jesus spoke again to the people, he said, “I am the light of the world. Whoever follows me will never walk in darkness, but will have the light of life.” (John 8:12)

Rebelliousness against God often serves as the foundation of tyranny, and that means politics can ultimately dictate whether or not we are allowed by government to share the gospel.  In Muslim-majority countries and communist countries, Christians can be fined, jailed or killed for sharing their Faith - testimony of the importance for Christians to be politically active.

While it is for us to obey the laws of our government, it is also our duty to ensure those laws are just and biblical.  The cornerstone of our American liberty is the concept of the "Laws of Nature and of Nature's God."  Natural Rights are given to us by God, and the greatest threat to our possession of rights is government.  Statist systems seek to eliminate individualism and possessions, and that includes the possession of rights.  If government can convince a people that it is government that is the giver of rights, then it is believed the people will release their belief in God, and accept the change the government seeks to impose.  And from our Natural Rights stems our religious liberties, our right to enjoy and protect the sanctity of life (including the unborn and human trafficking), the traditional family unit that serves as a healthy culture's foundation (which includes traditional marriage, traditional family values, and traditional family roles), and our right to speak out both religiously and politically.  Without that foundation, said Benjamin Franklin, we will see a rise in political corruption.

"Only a virtuous people are capable of freedom  As nations become corrupt and vicious, they have more need of masters." -- Benjamin Franklin

When the church becomes complacent, he persecution of Christians becomes an epidemic, and society will become biased against believers.  Depravity rises in the media and entertainment industry.  Financial responsibility descends as irresponsibility becomes a runaway problem.  Government ceases to protect its citizens from invaders, and decriminalizes immoral activities which then leads to a rise in crime and drug usage.  And then the shining beacon on the hill begins to dim, opening the opportunity for Marxists and utopianists to finish the job, and extinguish the light of the Christian faith in the public square so as to replace God with the power of tyrants.

Nothing short of a great Civil War of Values rages today throughout North America. Two sides with vastly differing and incompatible worldviews are locked in a bitter conflict that permeates every level of society… the struggle now is for the hearts and minds of the people. It is a war over ideas.
— Dr. James Dobson, psychologist and best selling author

War.  A war to eliminate religion in public life.  They began with the use of the misconstrued concept of “separation of church and state,” and have instead inserted their own religion of secularism and pluralism.

God was never intended to be removed from our country.  When Alexis de Tocqueville visited the United States in the 1830s, he noticed that the politicians prayed, and the pastors preached politics.  Freedom of Speech and of the Press includes both political and religious speech, because the two are intertwined, and directly influence each other.  He wrote:


"Upon my arrival in the United States the religious aspect of the country was the first thing that struck my attention; and the longer I stayed there, the more I perceived the great political consequences resulting from this new state of things. In France I had almost always seen the spirit of religion and the spirit of freedom marching in opposite directions. But in America I found they were intimately united and that they reigned in common over the same country. Religion in America . . . must be regarded as the foremost of the political institutions of that country; for if it does not impart a taste for freedom, it facilitates the use of it.

"I do not know whether all Americans have a sincere faith in their religion — for who can know the human heart?-but I am certain that they hold it to be indispensable for the maintenance of republican institutions . . . {America} is the place where the Christian religion has kept the greatest power over men’s souls; and nothing better demonstrates how useful and natural it is to man, since the country where it now has the widest sway is both the most enlightened and the freest."

de Tocqueville had this to say of those who attack faith in God in the name of pluralism:


"When such men as these attack religious beliefs, they obey the dictates of their passions, not their interests. Despotism may be able to do without faith, but freedom cannot. Religion is much more needed in the republic . . . and in democratic republics most of all. How could society escape destruction if, when political ties are relaxed, moral ties are not tightened?"

"It is impossible to rightly govern . . . without God and the Bible. Of all the dispositions and habits which lead to political prosperity, religion and morality are indispensable supports. . . . Virtue or morality is a necessary spring of popular government." — Washington’s Farewell Address after his second term in office

"I have lived, Sir, a long time, and the longer I live, the more convincing proofs I see of this truth — that God Governs in the affairs of men. And if a sparrow cannot fall to the ground without His notice, is it probable that an empire can rise without His aid? We have been assured, Sir, in the Sacred Writings, that “except the Lord build the House, they labor in vain that build it.” I firmly believe this; and I also believe that without his concurring aid we shall succeed in this political building no better than the Builders of Babel . . . I therefore beg leave to move — that henceforth prayers imploring the assistance of Heaven, and its blessing on our deliberations, be held in this Assembly every morning before we proceed to business . . ." -- Benjamin Franklin (June 38, 1787, addressing George Washington and the delegates of the Constitutional Convention)

"God who gave us life gave us liberty. And can the liberties of a nation be thought secure when we have removed their only firm basis, a conviction in the minds of the people that their liberties are the gift of God? That they are not to be violated by with His wrath? Indeed I tremble for my country when I reflect that God is just; that his justice cannot sleep forever. (1781) [Religion is d]eemed in other countries incompatible with good government and yet proved by our experience to be its best support." -- Thomas Jefferson

"Religion [is] the basis and Foundation of Government. (1785) Before any man can be considered as a member of Civil Society, he must be considered as a subject of the Governor of the Universe. (1785) We have staked the whole future of the American civilization, not upon the power of government, far from it. We have staked the future . . . upon the capacity of each and all of us to govern ourselves, to control ourselves, to sustain ourselves according to the Ten Commandments of God."  -- James Madison

"[O]ur ancestors established their system of government on morality and religious sentiment. Moral habits, they believed, cannot safely be trusted on any other foundation than religious principle, nor any government be secure which is not supported by moral habits." --  Daniel Webster (1782–1853), U.S. Congressman, U.S. Senator, and Secretary of State three times under three different presidents.

-- Political Pistachio Conservative News and Commentary
Posted by Douglas V. Gibbs at 7:42 AM