California an Accomplice in Terrorism 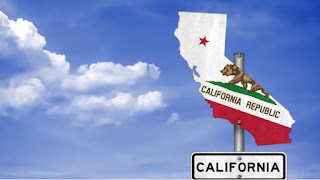 In a discussion with Melissa Melendez, my assemblywoman in Sacramento, she pointed out to me that a Democrat colleague of hers (Reggie Jones-Sawyer of Los Angeles) actually stated that in California, they don't need to adhere to the U.S. Constitution.  "We do it anyway."

To the far left Marxist liberal Democrats in Sacramento, the law of the land and the rule of law means nothing to them.  All that matters is their agenda.

California's "sanctuary state" bill-SB 54 is unconstitutional, for it is contrary to federal law on immigration.

But, California's law goes even further than that.  It also is a National Security risk.

The liberal left claims that the Sanctuary State law expands protections for immigrants by preventing law enforcement officers from questioning and holding people on immigration violations, and by preventing California officers to cooperate with federal immigration officials.

This includes persons who have illegally entered the United States and may be associated with terrorist organizations.

While the supporters of the concept of sanctuary status in cities and at the State level claim the concept exemplifies altruism to our fellow humans who simply want a better life, the reality is that their alleged good intentions opens up Pandora's Box that in the long run could serve as being among the keys to destroying our peaceful and well-ordered society.

“Sanctuary cities” and “sanctuary states” shield illegal aliens, and the criminals and terrorists among them, from immigration law enforcement authorities.  This protection creates a scenario in this country that encourages illegal entry, not only by those who claim to be seeking a better life, but those who seek to destroy our system of liberty from within our borders.

Effective enforcement of our immigration laws is one of the valuable tools we have in combating Islamic terrorism.  However, with the liberal left Democrat policies of sanctuary status for some cities or States in place, the terrorists may now freely enter and operate in this country without being detected because they can't be questioned by authorities.  It is a free invitation for them to set up shop in communities around the country, so that they may plan their acts of terrorism.

Despite the claim by the open borders crowd that “Undocumented Immigrants” seldom commit crimes, the reality is that regardless of what the percentage of bad hombres is among the population of illegal aliens, included in that crowd of illegals are people with criminal records, members of violent gangs, and Muslim terrorists.  Even if the number is in the single digits, it is too many people who wish harm on America crossing the border and being protected by liberal left policies regarding immigration.

Simply put, border security, and the deportation of anyone who broke federal law in the first place to be in this country, are included on the list of our best weapons against the growth of Islamic jihadism in America; which will ultimately protect the members of American society.

California, now that it is a sanctuary State, may not need to wait very long to experience the consequences of her actions.  International terrorist organizations and transnational gangs are no doubt targeting California as a point of arrival.  As the violence and crime increases, however, one wonders if the Democrats in California are willing to self-examine enough to realize it is their policies that have led to the coming bloodshed.  More than likely, they won't. . . and even if they were to realize it, they wouldn't admit it.  The liberal left Democrat Party agenda, to most of them, takes priority over truth, liberty, and the safety of the people they claim to represent.